This archaeological complex is a national park located in the district of Ollantaytambo, province of Urubamba. The town is approximately 76 km (47.2 miles) from Cusco by the Chinchero Urubamba road and about 68 km (42.2 miles) by the railway at 2700 meters. (8856 feet). It is an immense complex in the central part; going from Cusco to Pachar, many crops are already part of it.

Downward is the Choqana fortress on the left side of the Urubamba River and Inkapintay; These were part of the protectionist system of the Inca complex. What impressively made the base of the Inca bridges with large blocks of stones. Before its central base, What laid two huge chunks to protect effectively like a mole that breaks into the river’s waters in two. Likewise, on both banks of the river, there are two solid lateral bases of that bridge. Initially, this was a suspension bridge made with braided ichu fibers (wild grass) or maguey. These materials do not last forever and must imply renewed annually. Following the road to ½ km is the old main door of Ollantaytambo; This was part of a surrounding wall and is today named “Llaqta-Punku” (People’s Fence).

Ollantaytambo is a compound Quechua word derived from “Ollanta” personal name, and “Tambo” Spanish form of “Tanpu” city that offers lodging, food, and comfort for travelers. “Ollanta” is the name of Captain Inka, whose history was kept as an oral and written tradition and as a drama by Antonio Valdez, priest of Urubamba, in the middle of the eighteenth century, adapted for a play and opened in 1780.

The Drama of Ollantaytambo has considered a classic work of Quechua literature, is the story of a captain named Ollanta, foreign to the Cusco nobility who was part of the army of the Inca Pachacutec. Ollanta was distinguished because of their courage and great Skill but came to have a loving and confidential affair with the monarch’s daughter named Kusi Qoyllur.

This marriage became illegal when married to her because the rules prohibited marriage between people of different social statuses. Deeply defrauded, the young captain entered Ollantaytambo and incited his population to rebellion against the imperial army, causing a war for a whole decade. Ollanta did finally captured through the treachery of Captain Rumiñawi, who appeared as expelled from Cusco and Ollanta got asylum. Still, overnight, Rumiñahui opened the doors allowing the entry of the army of Cusco, and Ollanta was captured and taken to Cusco; fortunately, Inca Pachakuteq was already dead. His son, who was the new sovereign, told him the story of Ollanta and his sister, and with the wise clemency, the marriage of the two lovers was allowed whose relationship was born a girl named Ima Sumaq. 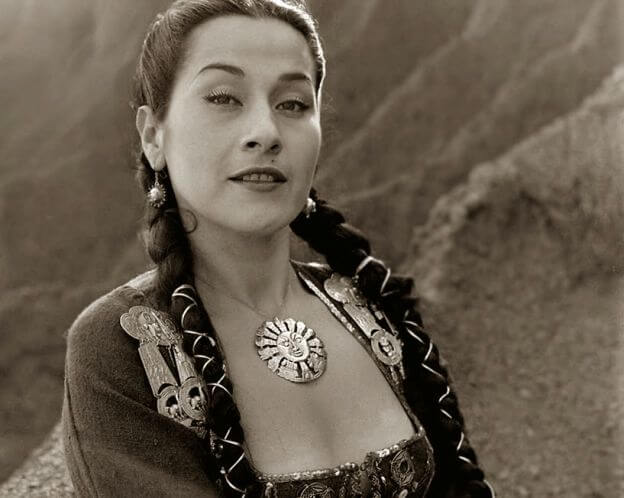 It is a story with a happy ending today that is viral in Peruvian schools and stimulates performance in many cases. Ollantaytambo was a significant fortified city, built as a “tanpu” to enable roads to “Antisuyo” (La Selva). Today, its name as “fortress” is common. That name is improper because it did not have a military or protectionist duty. It was more of a complex city with a broad urban sector and religious temples. It had some protectionist elements as a fortified city, including a protective wall surrounding the village with many pukaras or fortresses and a strategically located clock.

For the noble population living in this city, a large urban sector did surround by important buildings. Towards the south of the village is an impressive “Kallanka,”; That is, a building with colossal dimensions and completely covered. It served as a house and perhaps as barracks for the numerous army of the region. The present town does locate in the same place where the urban sector was in Inca times. 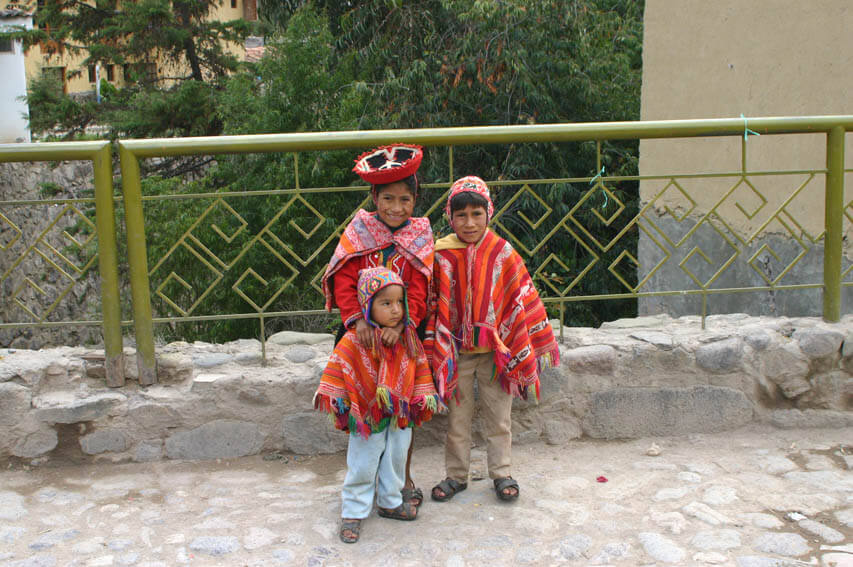 It is fascinating because it is the only place where it is possible to find people living in the same buildings that served as houses to the nobility of Inca society. Some of its narrow streets still keep its clean water flowing; these are in the middle of the square.

The streets still maintain their Inca names. The village did divide into rectangular blocks with a well-planned geometric scheme that gave a town designed by modern architects. Each block was composed of two “kanchas” (apartments); The royal palaces had wooden doors with many rooms around a central courtyard. The lower part of the buildings is original and made with “pirka” walls covered with clay and paintings. 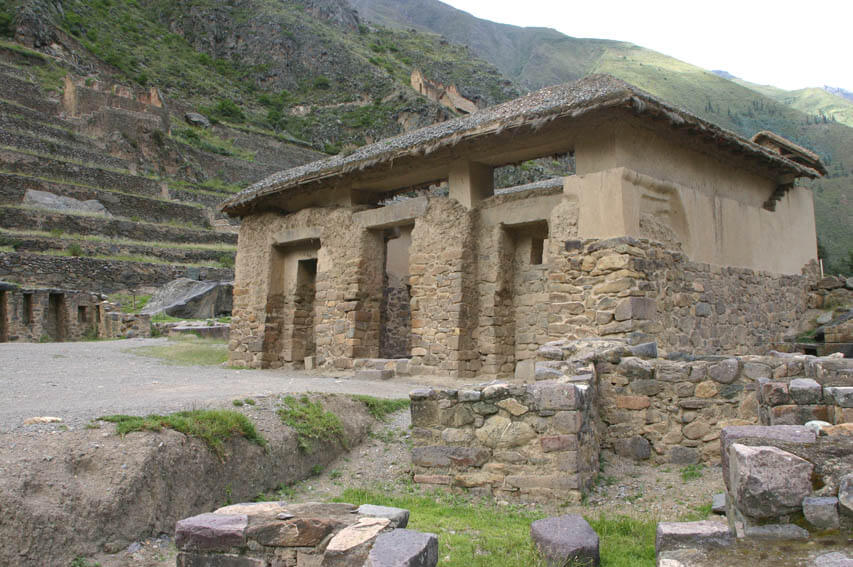 Today its straw roofs were replaced by tiles, and it is possible to breathe modern air. The town has electricity and water, but despite everything, it still has an Inca flavor. A decade ago in Ollantaytambo, a worldwide meeting with Indian representatives declared this town the “World Capital of the Indian.”

At that time, some efforts did make for the effective conservation of the original structures. To the east of the village is Pinkuylluna hill (pinkuyllo = musical instrument of the wind similar to the “quena” or Andean flute), where a large and imposing building stands out, and there is a lot of myth.

Some very imaginative scholars argue that it was a school, a hospital, some others a prison or a cliff; According to Inca archeology and architecture, it was a “Qollqa” or “Pirwa”; That is, a barn or store for food, clothing, and weapons from the local army.

How to plan my trip to Peru

Planning is one of my favorite parts of a trip since/when I discover everything I want to do at a pa
Read More ...

Huchuy Qosqo is one of the best alternatives for those travelers who love adventure and want to take
Read More ...

Reasons to do the Rainbow Mountain Tour

Relate with the Andean Culture This hike to Rainbow Mountain offers you to know the traditional expe
Read More ...

Preparation for the Inca Trail Trek

We are happy that you have decided to venture to fulfill one of your dreams that few hikers around t
Read More ...

Short Inca Trail The second day, depending on where you have spent the night, continue your adventur
Read More ...

WHAT TO BRING for the 1-Day Rainbow Mountain Tour

The Rainbow Mountain or Vinicunca is one of the mountains located in the Vilcanota mountain range, a
Read More ...

Surely you have heard of a mountain that has the colors of the Rainbow, or you have seen on social n
Read More ...

There are so many beautiful destinations to explore outside of Cusco, Peru. You can enjoy various ad
Read More ...

When in doubt about the Short Inca Trail, the best thing to consult a travel expert. Kondor Path Tou
Read More ...

For nature and adventure lovers, especially those who want to get to Machu Picchu through the Inca T
Read More ...