A vital Inca Road once snaked its way up the canyon that enters the Sacred Valley at PISAC, and the ruined citadel, which sits at the entrance to the gorge, controlled a strategic route connecting the Inca Empire with Paucartambo, on the borders of the eastern jungle. Less than an hour from Cusco by bus, the town is now most commonly visited – apart from a look at the citadel – for its morning market, three times a week.

In addition, the leading local fiesta – Virgen del Carmen (July 16–18) – is an excellent alternative to the simultaneous but more remote Paucartambo festival of the same name, with processions, music, and dance groups, the usual firecracker celebrations, and food stalls around the plaza.

The only time accommodation in Pisac may be hard to find in September when the village fills up with pilgrims heading to the nearby sanctuary of Huanca, home of a small shrine very sacred to local inhabitants. In Pisac itself, there’s an incredible selection of places to stay.

Alternatively, you can usually rent rooms at low prices from villagers (ask for details at the Restaurant Samana Wasi, or there is a campsite (ask at the Kinsa Cocha Hospedaje for more information). 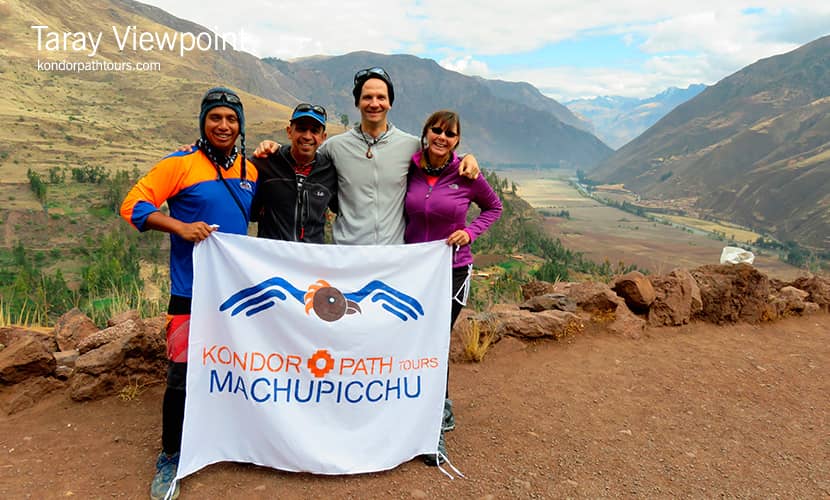 The Town and around

Commerce bustles around the Iglesia San Pedro Apóstol, an unusually narrow concrete church in Pisac’s central market plaza, dominated by an ancient and massive Pisonay tree. The thriving morning market (Tues, Thurs & Sun 8 am–3 pm) does hold in Plaza Constitución, the town’s main square, where you can buy hand-painted ceramic beads and pick up the occasional bargain. Even if the market’s not on, several excellent artisanal shops connect the Sacred Valley Road and river bridge with the plaza, particularly along Calle Bolognesi. 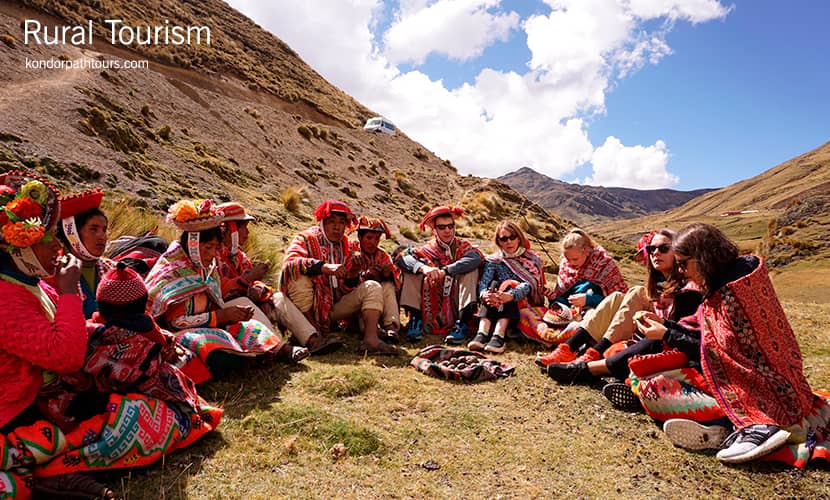 Another out-of-town sight also allows you the chance to buy local goods. About 23km between Cusco and Pisac, just before the road starts steeply down into the Sacred Valley. The relatively new alpaca center Awana Kancha (daily 9 am–5.30 pm; T9740797) offers a rare opportunity to see alpacas and llamas close at hand, traditional weaving in practice, and purchase quality alpaca and woolen products.

It takes ninety minutes to climb directly to the citadel (daily 7 am–5.30 pm; entry by Cusco Tourist Ticket). Heading up through the agricultural terraces still in use at the back of the Plaza Constitución, the astounding views and ancient ruins on display are more than worth it. Alternatively, you can catch a bus from the end of Calle Mariscal Castilla (the road that runs along the plaza’s eastern edge). Or take a taxi, colectivos, or pick-up (around $3) from the main road, on the corner of Calle Bolognesi and close to the Urubamba bridge; it’s usually possible to share the cost on market days when the town is busier.

Set high above a valley floor patchworked by patterned fields and rimmed by centuries of terracing amid giant landslides, the stonework (water ducts and steps have been cut out of solid rock) and panoramas at the citadel are magnificent.

From the saddle on the hill, where much of the best Inca architecture sits, you can see over the Sacred Valley to the north, wide and flat at the base but towering towards the heavens into green and rocky pinnacles. To the south, the valley closes in, but the mountains continue, massive and steep-sided, casting shadows on one another. Below the saddle, a semicircle of buildings is gracefully positioned on a large natural balcony under a row of fine stone terraces representing a partridge’s wing (Pisac meaning “partridge”).

There are a few decent restaurants in Pisac, but they can all get busy on market days. There’s a good shop, Doña Clorinda, at Bolognesi 592, on the corner of the plaza, selling great cakes, and a traditional bakery with an adobe oven on the corner of the plaza. Addresses aren’t displayed on buildings, but the following restaurants are clustered together and relatively easy to find. 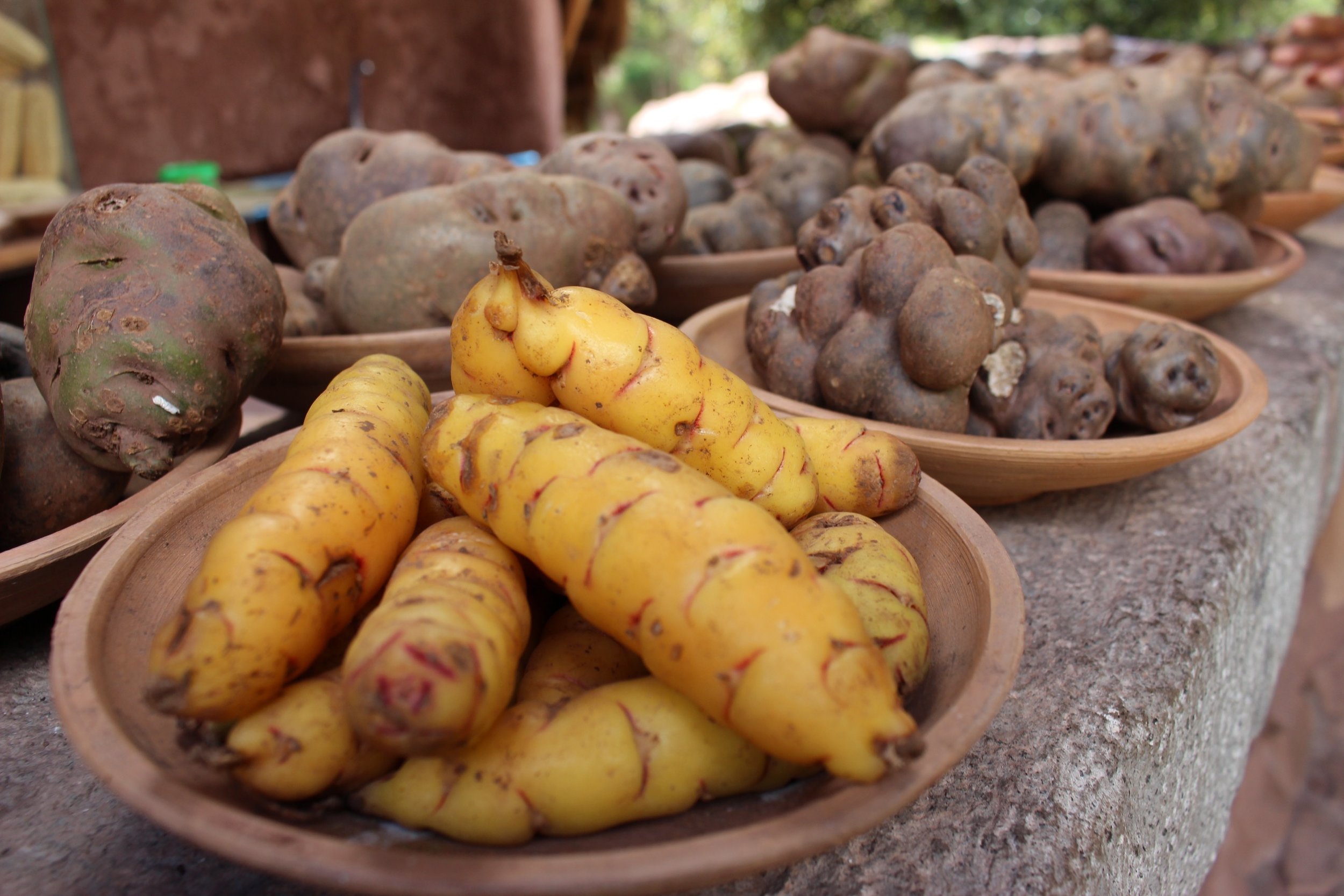 From Pisac to Urubamba

Known for its medicinal springs, the first significant village between Pisac and Urubamba is Lamay, just 3km away. High above this village, on the other side of the Río Vilcanota and just out of sight, are the beautiful Inca terraces of Huchiq’osqo. A little further down the road, you come to the larger village of Calca, with the famous thermal baths of Machacanca within ninety minutes’ walk of the modern settlement, signposted from the town and to which combi colectivos (15min; 30¢) run quite frequently, particularly on Sunday. Situated under the hanging glaciers of Mount Sahuasiray, this place was favored by the Incas for the fertility of its soil, and you can still see plenty of maize cultivation.

Local festivities and celebrations date back to early Inca times, around the end of September and the start of October every year. The central-local ritual theme for the festival is water, and there are strong links to a mythic experience high in the hills and tied to the moving shadows of mount Pitusiray. 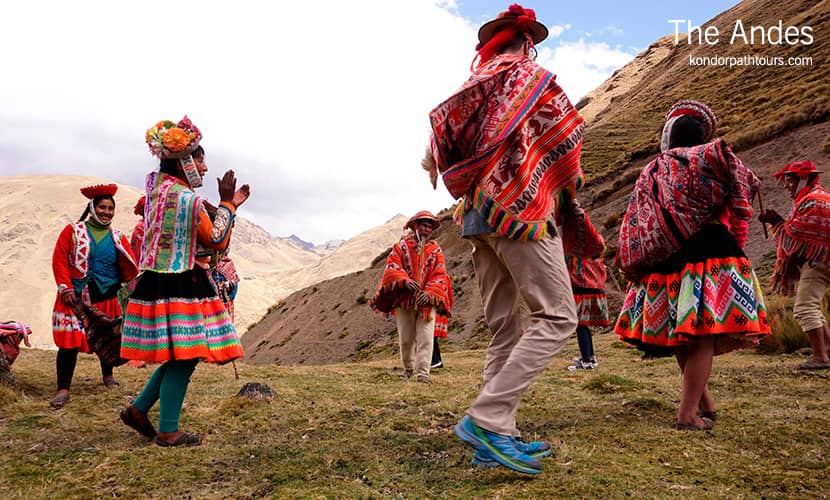 Every year around the beginning of October, the mountain casts shadows over neighboring peaks and cliffs. Over several days the shadow of Pitusiray, also considered a solar clock, moves in a dynamic and prominent representation of a prostrate Inca being leaped upon and transformed by a black puma or jaguar; it has to be seen to be believed. With this visual effect on the landscape in mind, scores of young people hold a complementary festival focused on the first Sunday in October and based at the Inca ruins of Urco, also dedicated to water, located just a 2km walk above the village of Calca.

The climate improves moving down the valley from here, and you see pears, peaches, and cherries growing in abundance; and in July and August, vast piles of maize sit beside the road, waiting to be used as cattle feed.

Yucay, before you get to Urubamba, the subsequent major settlement had its moment in Peruvian history when, under the Incas, Huayna Capac, father of Huascar and Atahualpa, had his palace here. You can observe the ruined but finely dressed stone walls of another Inca palace (probably the country home of Sayri Tupac though also associated with an Inca princess) located on Plaza Manco II. If you fancy a hike, you can also follow the stream up behind the town to the village of San Juan.