In Anta the Moonstone Quillarumiyoc Information

Quillarumiyoc in Quechua – “The Site of the Moonstone” – was a ceremonial place of Inca origin dedicated to worshiping water and, more importantly, the moon goddess “Quilla.”

The site is about 45 minutes by a paved road from Cusco. During the tour, you will pass through a series of altiplánicas communities dedicated to cattle raising, including the town of Huarocondo, famous for all the region for its gastronomy, especially the Asado Pig. Near the village of Zurite, just off the road, the longest agricultural terraces left by the Inca culture are currently the focus of a significant agricultural project.

Quillarumiyoc is a fascinating site about 1 km from the road along a dirt track accessible by road. The complex comprises a series of water channels following a strait that descends from the mountain that dominates the Valley. These water channels flow through sacred rocks, including the great stone carved with a geometric moon representation, given the site’s name. 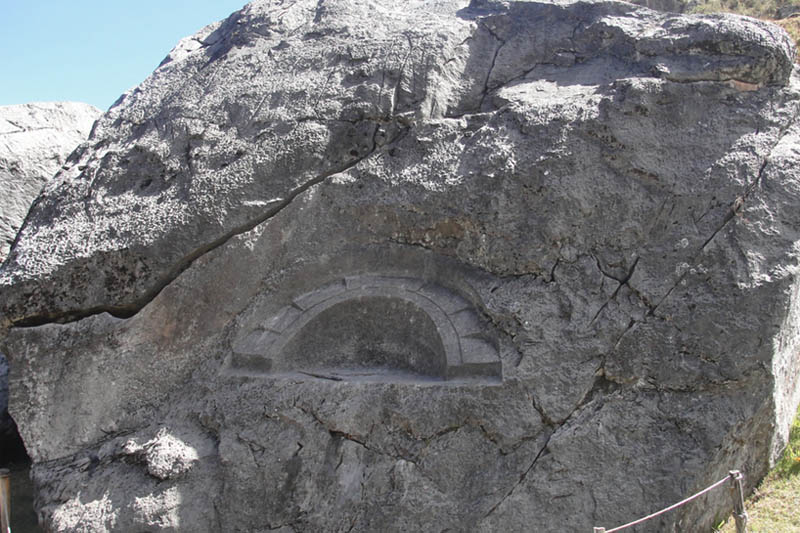 To enjoy and understand what Quillarumiyoc is about, you must begin to see it as the Incas did and look beyond the awkward “restoration” of the INC (National Institute of Culture).

The whole Valley occupied by Quillarumiyoc is full of calcareous outcrops – “huacas” or sacred stones, some with their bases carved on simple altars and others left entirely in their natural state. Since they did not need alteration of the man’s hand to denote the mysterious nature That one feels today and that for the Incas, imbuia With religious meaning.

These sacred stones remain scattered throughout the Valley, gray and unchanging as an abandoned village, to the steep slopes of the local APU, or holy mountain, which is imposed on the visitor wherever he may be and seems implanted in all the photographs taken Of the site.

At 50 kilometers from the city of Cusco is Quillarumiyoc, an archaeological site that realized ceremonies of the worship of the Moon. Its name in Quechua means, The place of the rock of the Moon. Its height reaches 3,650 m.s.n.m.

This massive archeological center forms terraces, water channels, cultivated areas, and an altar. It also contains a small cave inside which there are petroglyphs. In the center is a massive rock with a semicircular carving in the shape of a crescent dedicated to Quilla, the moon goddess. This moon-shaped carving is carved in low relief and represents the muzzle of a puma, whose base resembles a mouth.

Quillarumiyoc is a little-known attraction. He is visited by those interested in mystical experiences, making payments to the earth and offerings to the Moon. This site offers impressive views of the Anta pampas, surrounded by colorful flowers and trees of queñua and ccolles.

The archaeological site of Quillarumiyoc

Quillarumiyoc Inca site covers 5,000 m2, But several years ago, much of this did bury by an avalanche. In it, you can see terraces, symbols engraved on the giant rocks, and an ancient temple dedicated to the keel (the Moon), the female divinity. The ravine, the great stones that form it, and the engraved drawings transported it hundreds of years ago. The origins of Quillarumiyoc are situated more than three thousand years ago. Currently, the complex has implied conditioned with marked trails, which favor the tour.

Quillarumiyoc presents a moon carved in bas-relief on a large rock of marine origin of 1.90 m by 1.56 m. The Inca architects cut this Moon in a semicircle with a ridge of 0.42 m. With an inner base with a diameter of 0.85 m. This semicircle is a carved half-moon with seven platforms 0.3 cm wide. Seeing this natural rock from a distance gives the impression of being the profile of a Puma, where the carved crescent represents the eye of the feline and even meter of it, parallel stripes also carved in low relief. For more information about this or other places in Cusco.

Quillarumiyoc is the only site in Peru where temples dedicated to femininity do found.

It is easily accessible; it is 50 minutes from the city of Cusco by the route Cusco – Abancay (District of Ancahuasi), taking the detour to Quillarumiyoc of 2 kilometers to 18 km. Outside of Anta Pueblo.

What to see in Quillarumiyoc

It is the highest mountain in the place, a reason why it is considered an Apu (spirit of the hill) and has a height of 4,850 m. And is part of most religious ceremonies of the locals. You can find a series of tombs on its slopes, some intact and some not; besides, there are many kanchas to keep pastures and others like pens for camelids.

Named for contemporary locals, the proper name of this archaeological site is ignored. It does locate in the high part towards the west side of the Valley of Quillarumiyoc.

This square is to the north of the Wacha of Quillarumiyoc, and it is a rectangular plain, in the center of which rises a rocky carved limestone. The square occupies a part of the system of platforms constructed of limestone, finely carved and polished. In this place, the ancient Andean inhabitants’ high level of construction is observed.

Andenes of the sector of Tancar

Qorihuayrachina means “where the wind is subject to gold,” a cultural manifestation of pre-Hispanic origin. This shows a substantial circular space surrounded by a wall of 1.70 m high, architectural style pirca (with clay mortar ); the urban part shows us enclosures. You can see rooms used for housing and areas dedicated to religious worship.

It is a colonial building erected on the old walls of the palace of Inca Roca; in the Archbishop Palace, we can find the Museum of Religious Art, which houses a significant collection of religious paintings and the colonial era.

The Waca of the Masma

This waca of rectangular form did not have a door or entrance, and it was cross-country like other buildings of the Inca civilization. It has three walls. The room is open, serving as access; Built in the east direction, so what deduced that it had a ceremonial and religious function. The winter solstice was celebrated (an important agricultural event in the Inca civilization).