Calle Cordoba del Tucman runs northeast from Plaza de Armas along the northern edge of the Cathedral, past the Museo Inka, and up to the small, quiet Plaza Nazarenas. 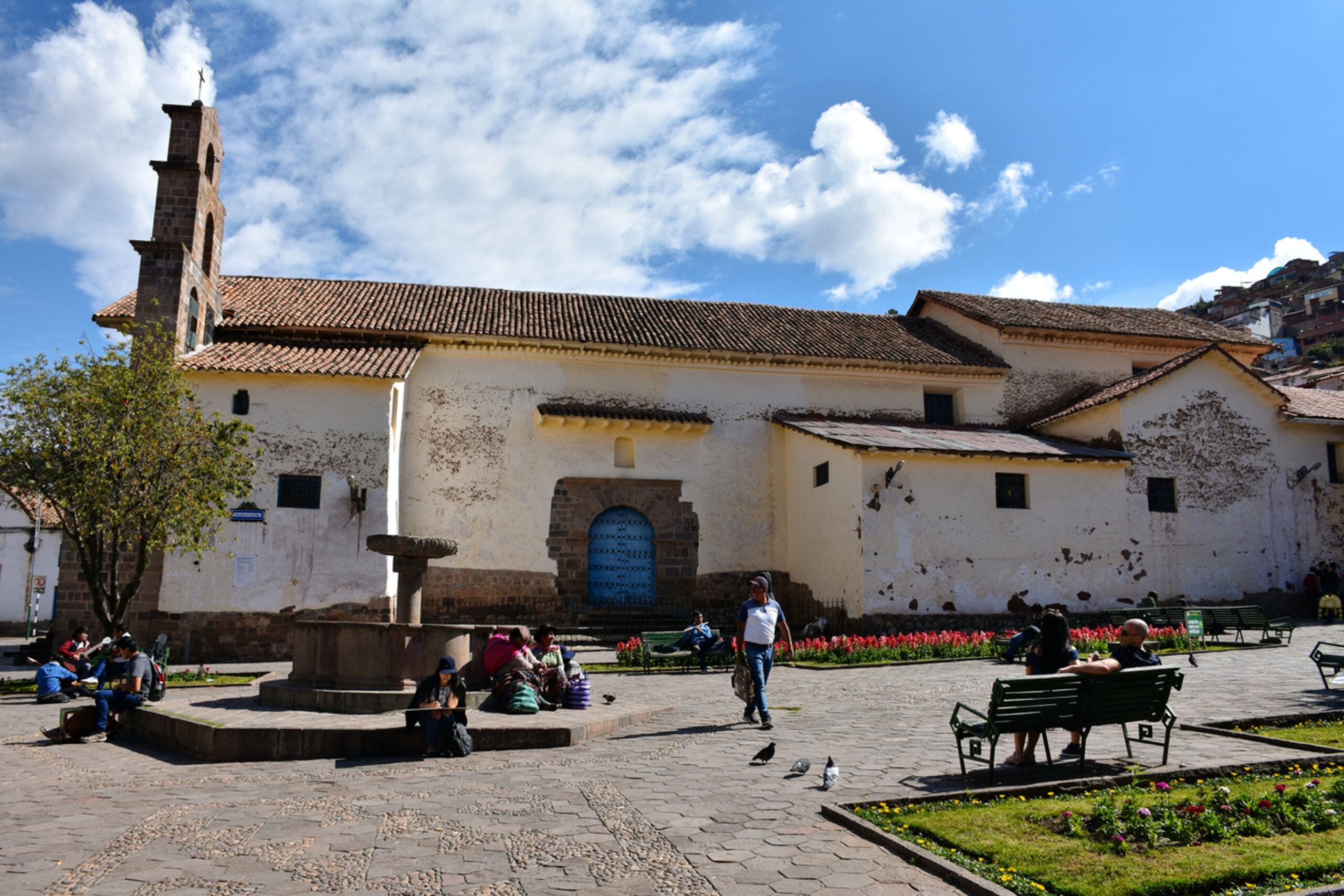 The unmistakable Casa Cabrera has been transformed into the Museo de Arte Pre-Columbian at this small square’s top, uphill end. It boasts many masterpieces dating from 1250 BC to 1532 AD, including gold, other precious metals, and jewelry well displayed in chronological order. Frequent temporary exhibitions do hold here, too.

On the northeastern side of Plaza Nazarenas, the ancient, subtly ornate Capilla de San Antonio Abad was initially connected to a religious school before becoming part of the university in the seventeenth century. 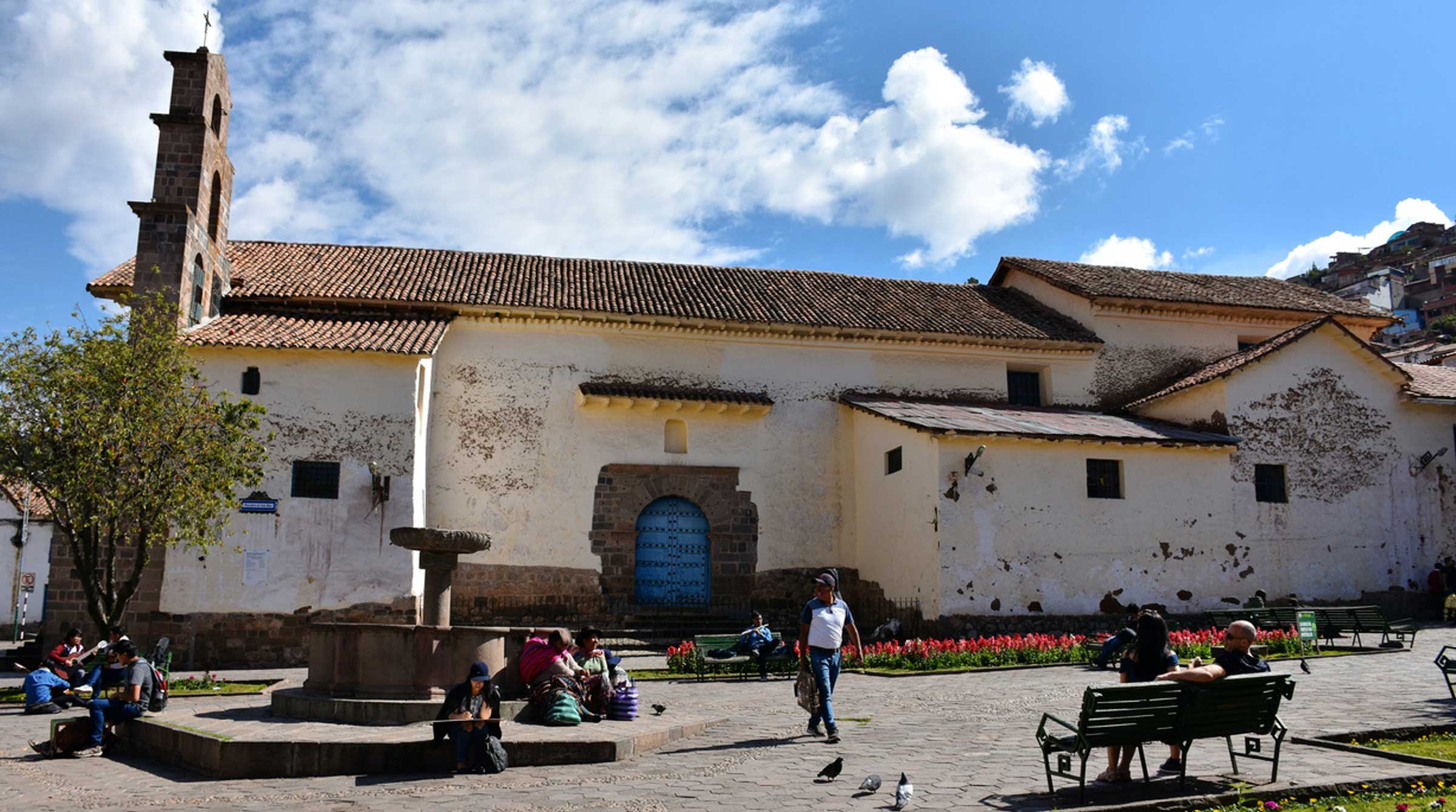 It’s not open to the public, but you can usually look around the courtyard of the Nazarenas Convent, virtually next door, and now home to the plush Hotel Monasterio; ask permission at the reception desk. 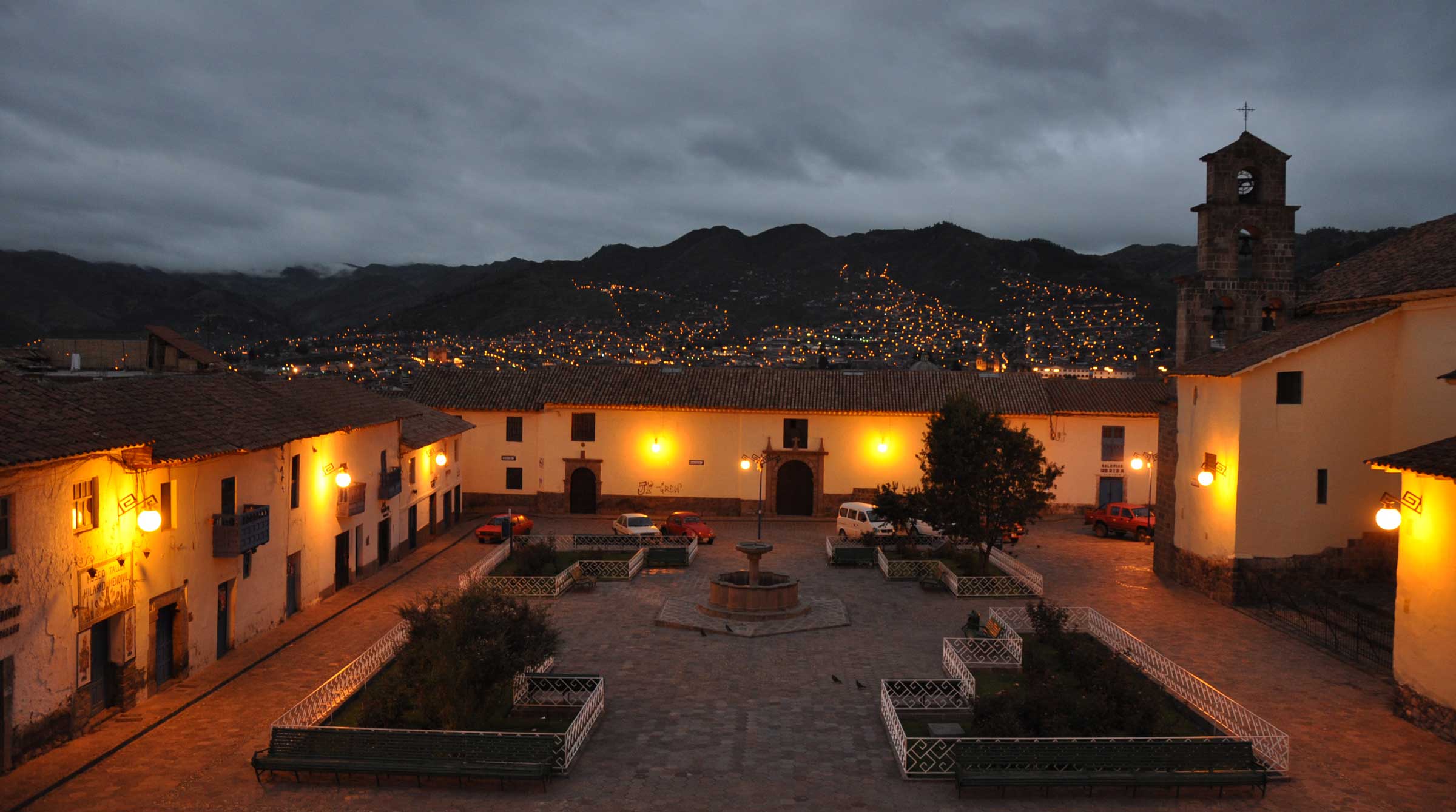 Nuns lived here until the 1950 earthquake damaged the building so severely that they had to leave; the central courtyard has been sensitively rebuilt. It has attractive gardens and good (but pricey) meals and drinks.

Beside the convent, the Inca passage of Siete Culebras (Seven Snakes) leads onto Choquechaca.

The highlight here is an incredibly intricate pulpit carved from a cedarwood block in a complicated Churrigueresque style. Its detail includes a cherub, a sun disc, faces, and bunches of grapes. All are believed to have been carved by native craftsman Tomas Tuyro Tupac in the seventeenth century.

Outside, along Calle Plazoleta (also called Suytuccato), there are a few art workshops and galleries, the most notable of which is Galería Olave, at no. 651. The Museo de Cerámica, Carmen Alto 133, is worth checking out for its pottery.

On the Plazoleta is the Museo Taller Hilario Mendivil, containing several Cuzqueña paintings, some exciting murals, and religious icons; both operate the standard local shop hours of 10 am–6 pm. At the barrio’s center, on the southeast side of the Iglesia San Blas, lies the San Blas Plazoleta, with 49 gargoyles set on a fountain laid out in the form of a Chakana, or Inca cross, with four corners and a hole at its center.

It is backtracking down the Cuesta de San Blas and continuing over the intersection with Choquechaca, head straight on until you come to the narrow alley of Hatun Rumiyoq. One of the main streets in ancient Cusco provides classic examples of superb Inca stonework. The large cut boulders on the museum side, about halfway along, boast one with twelve angles in its jointing with the stones around it. Not just earthquake resistant, it is a highly photographed ruin and a work of art in its own right. 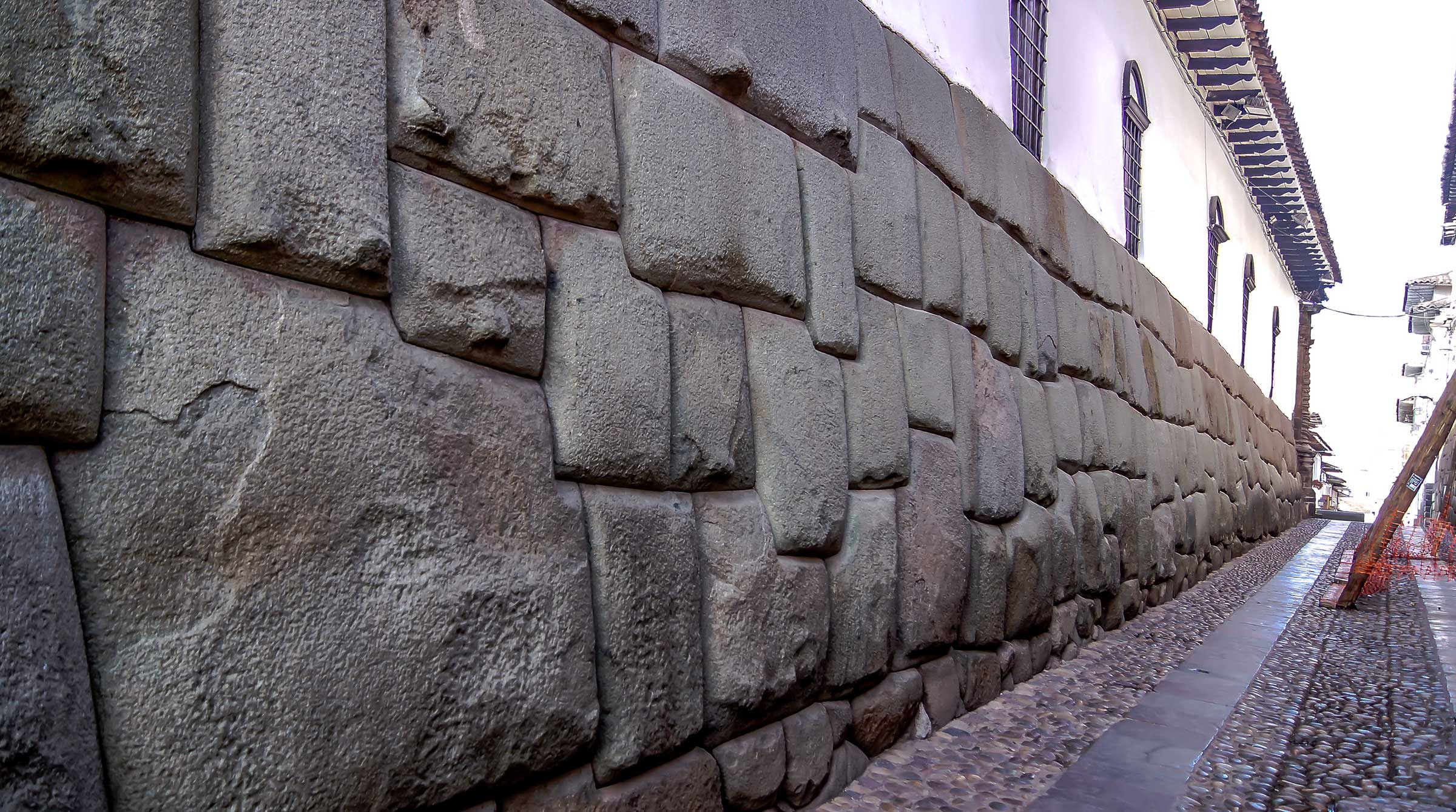 This passageway ends just one block from the Plaza de Armas, along Calle Triunfo. The broad doors of the Museo de Arte Religioso del Arzobispado (Mon-Sun 9 am–5 pm) are housed in a magnificent Arabesque-style mansion built on the impressive foundations of Hatun Rumiyoq palace. Once home to Brother Vicente de Velarde, the Marquises of Rocafuerte, and later the archbishop’s residence, the museum now contains a significant collection of paintings, mainly from the Cuzqueña school. There are stunning mosaics in some of the period rooms, and other notable features include the elaborate gateway and the gold-leaf craftsmanship on the chapel’s altar.

A short history of San Blas

Known initially as T’oqokachi (“salty hole”), the San Blas barrio was the first parish established by the Spanish in Cusco and one of twelve administrative sectors in the Inca capital. After the Conquest, it became the residence of many defeated Inca leaders. It rapidly grew into one of the more attractive districts in the city, reflecting strong mestizo and colonial influences in its architecture and high-quality artisanal – even today, it’s known as the barrio de los artesanos (artisans’ quarter). Hit hard by the 1950 earthquake, it has been substantially restored and, in 1993, was given a major face-lift that returned it to its former glory. 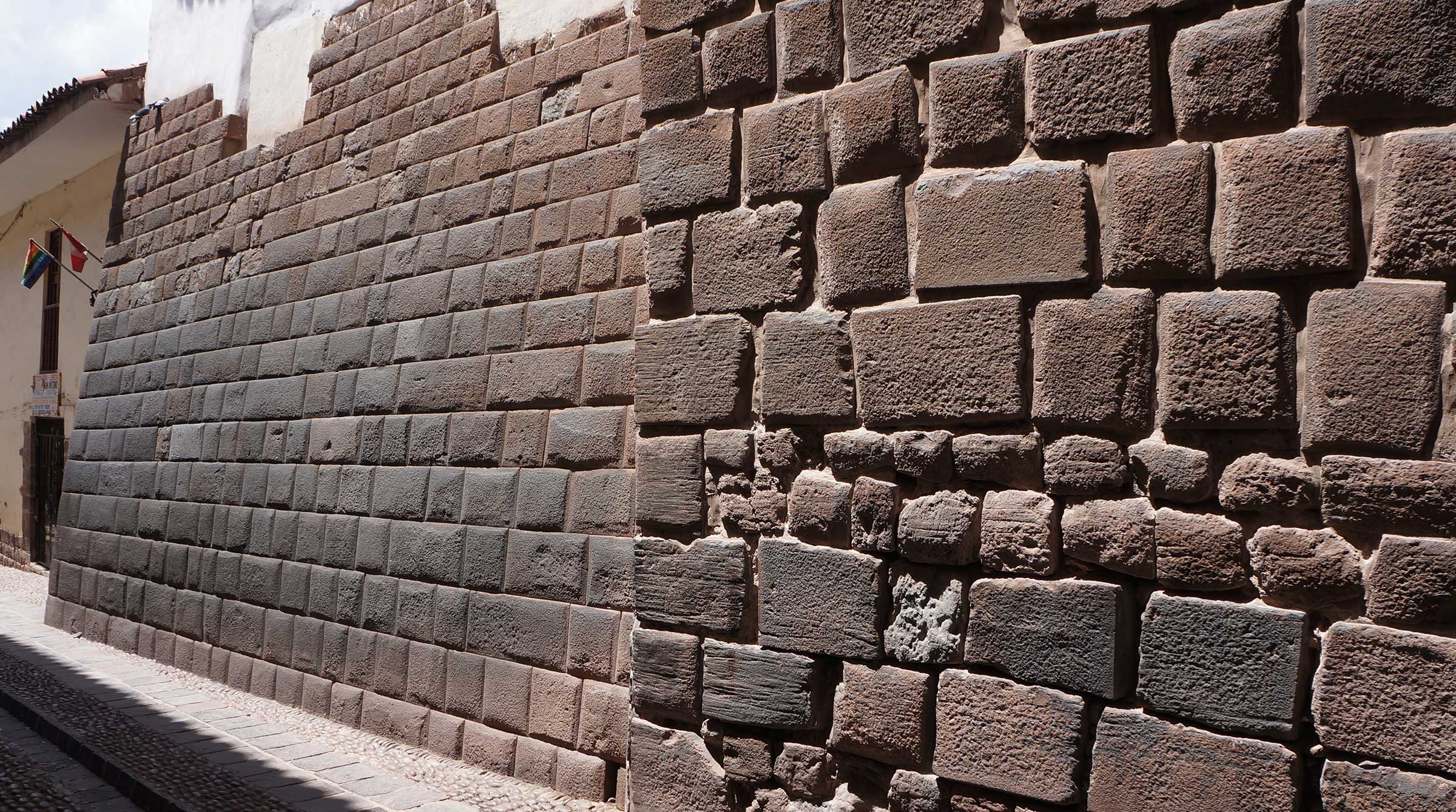