The Best 6 Inca Ruins in and Around Cusco

All the following Inca archaeological sites you can enter with the Tourist Ticket. There aren’t entrances to several areas, but there are roving inspectors to stamp your tickets. If you take a taxi or bus (take the Pisac bus and get off before Pisac) to the last site, you can easily walk the eight km/4.8 miles along the road and downhill back to Cuzco. Locals wear their finest traditional clothes at each location, hoping to get paid for a photo or to sell their crafts.

Rarely disappoints, located on a hill overlooking the city to the north, it is one of the Incas’ most impressive architectural feats. The enormous polygonal stone blocks are some of the finest stone masonries you will ever see. 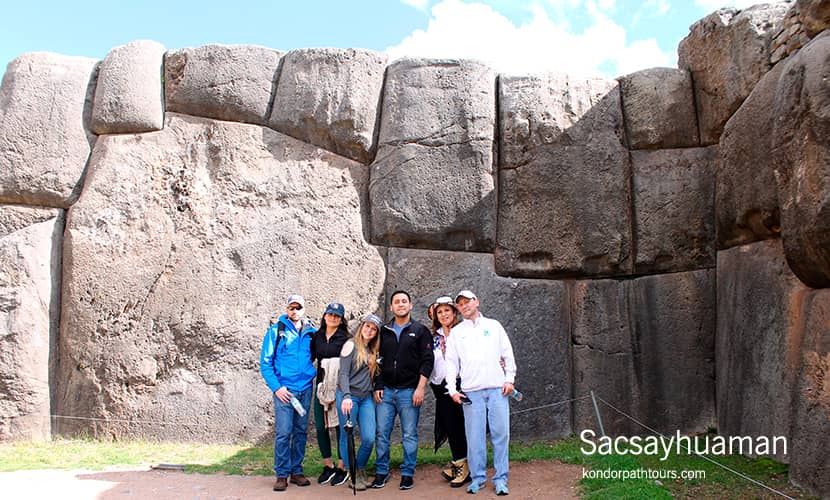 Construction began in the 15th century and lasted almost 100 years, requiring thousands of men to complete it. The enormous limestone blocks weighing more than 300 tons were brought from as far as 20 miles away.

It was used as both a fort and for religious and social activities. Much was torn down after the Conquest to be used for churches and other structures, so only about 20% of the original stonework is left standing. Sacsayhuaman’s most noteworthy aspects are the three-tiered zigzag fortifications that defend against attackers. Rodadero Hill, opposite the main fortress, once had three large towers, but the Spanish tore them down. There was room in the ramparts for an estimated 5,000-10,000 warriors and their supplies, which should give you an idea of how colossal the site was.

Perhaps the bloodiest battle between the Incas and the Spanish occurred here. Two years after the Spanish took the city, Manco Inca led a rebellion and overtook the fort, using it as a base to carry out raids on the city below. With far greater forces than the Spanish, the Incas nearly recaptured the town. But in a desperate last battle in 1536, Juan Pizarro and 50 men on horseback stormed the fortress and killed thousands of men. It is said that giant Andean condors feasted on the dead, which is why Cuzco’s coat of arms features eight condors.

The site of Qenko is four km/2.4 miles from Cuzco, which is about a km away from Sacsayhuaman. The name also means zigzag, which relates to the crooked channels carved into the limestone that was likely used to prepare Chicha (the fermented beverage made from maize by the Inca) or possibly blood during ritual sacrifices. The shrine was used for ceremonies and had lightly etched images of a condor, puma, and llama. One of the most exciting features is the hollowed-out stone outcropping containing a small altar. 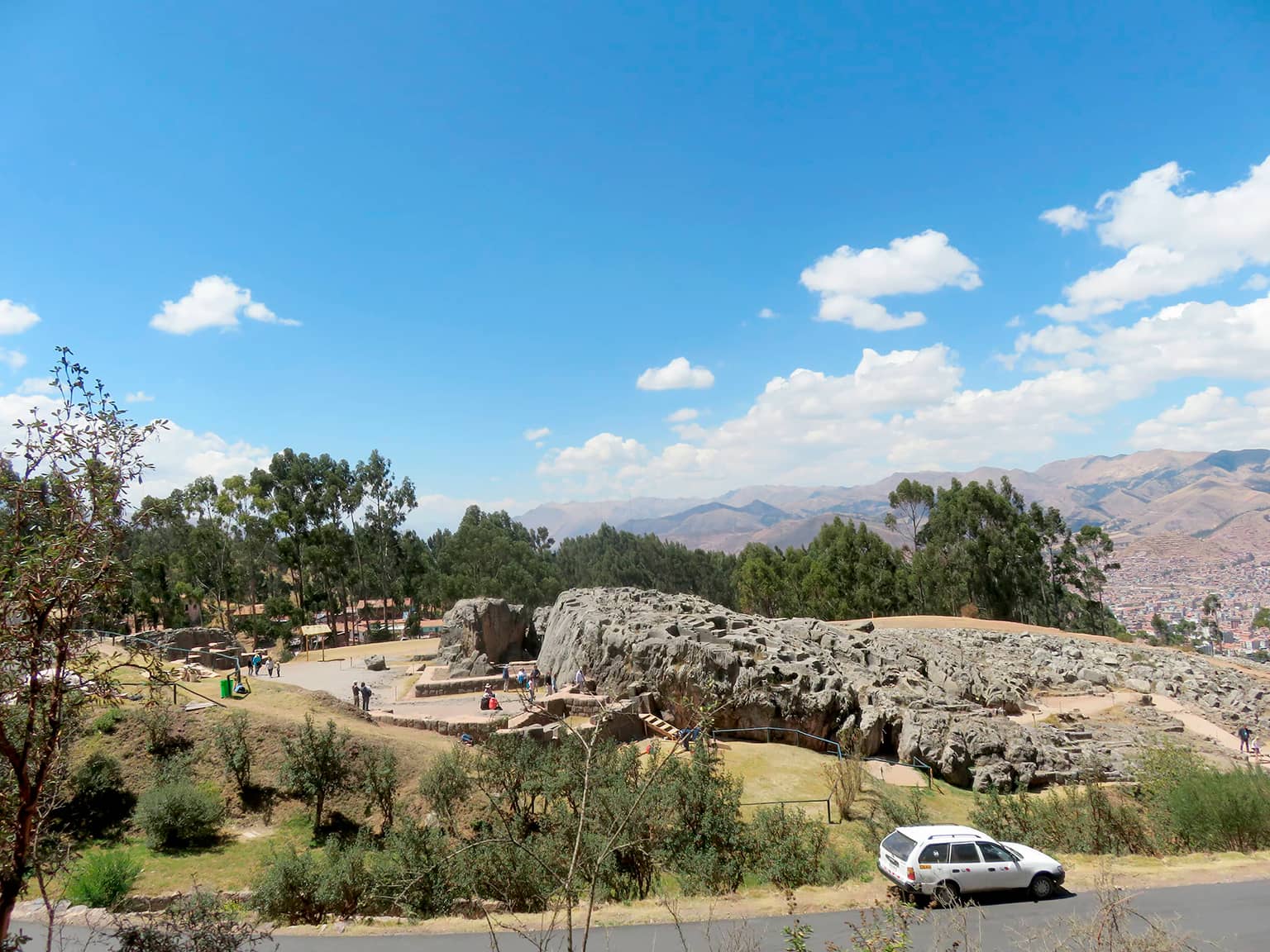 At Tambo Machay, water flows from a small, carved channel in the stone wall into a bit pool known as the Incas’ bath. The shrine does somewhat hide from the main road. The site does relate to the Incan water cult. 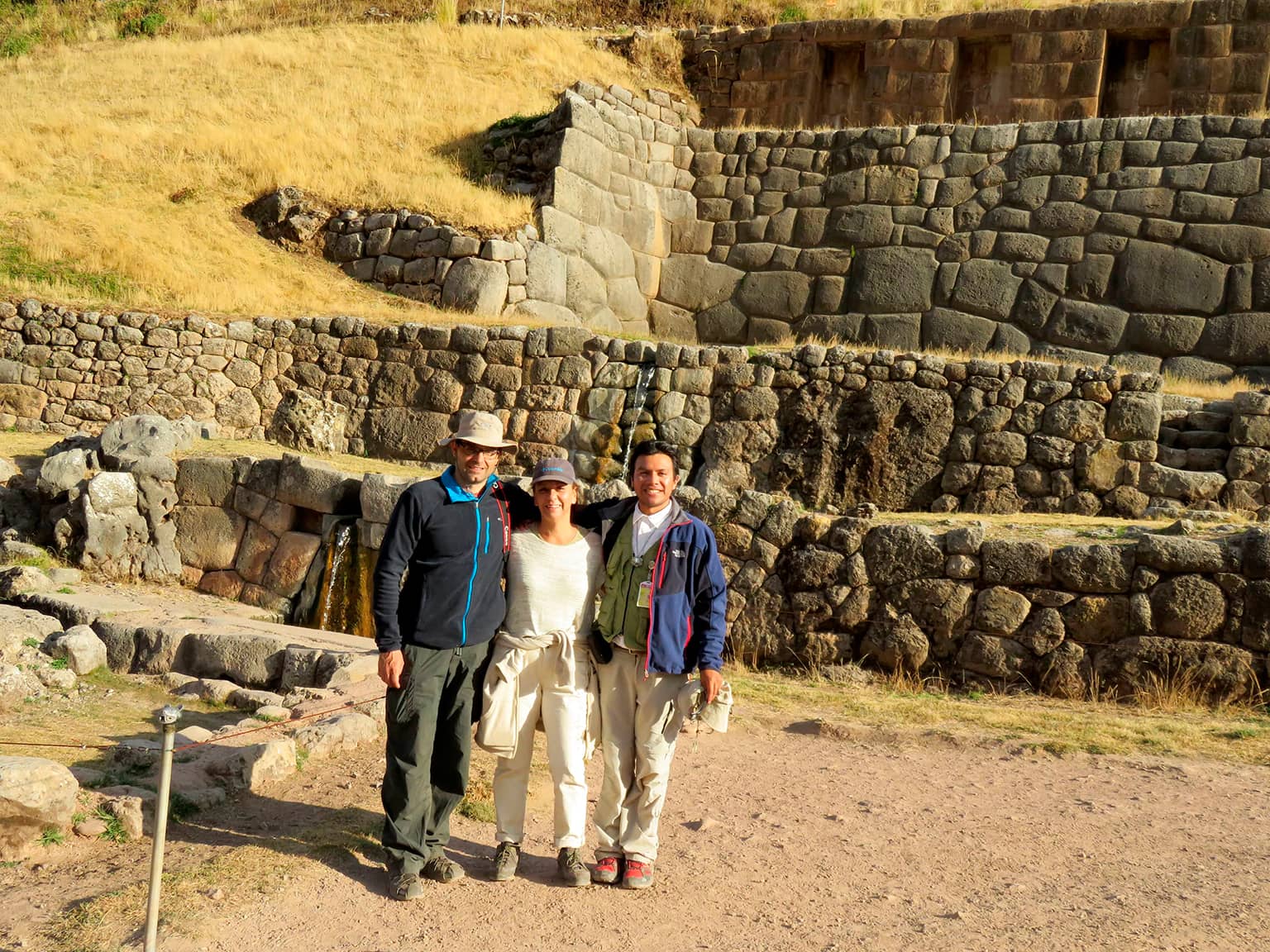 Puca Pucara is just across the road from Tambo Machay. The name, meaning red fort, reflects the pinkish rock built with the post. There isn’t much to see except the beautiful views of the surrounding valley.

The agricultural terracing at Tipon, 25 km/15 miles from Cuzco, is some of the most impressive that the Incas built. You will also find a temple complex, irrigation canals, and an aqueduct. Many believe the site to be as extraordinary as the ruins at Pisac or Ollantaytambo.

Pikillacta is a pre-Incan site belonging to the Huari culture. The ceremonial center was built between 700 and 900 AD and comprised mainly two-level adobe buildings that have seen their share of wear. 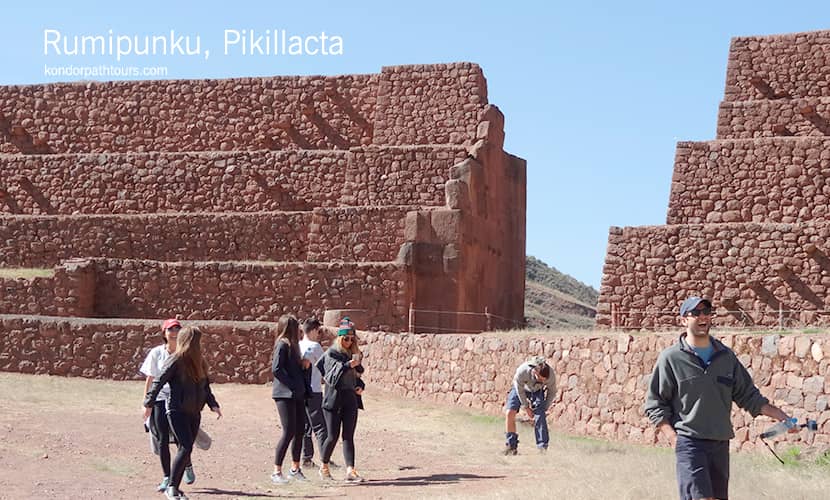