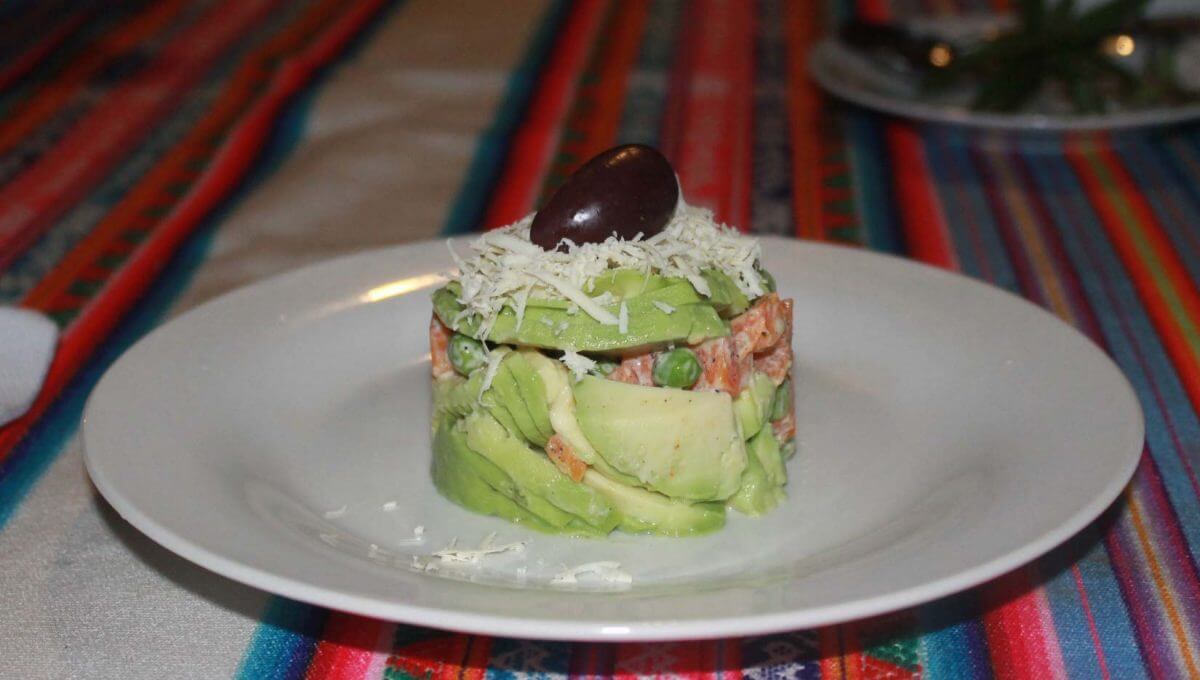 THE CARAPULCRA MILLENNIAL OR THE DRIED POTATO

One of Peru’s hottest foods, most sought after by foreign tourists, is the Carapulcra. This dish is currently considered a fusion between the gastronomy of the Inca and the Spaniards during the Virreynato. Although it is one of the dishes that summarize our nation’s history, few know its origin.

Quinoa, quinoa, or kinwa (Chenopodium quinoa) is a pseudocereal belonging to the subfamily Chenopodioideae of Amaranthaceae. It is a crop produced in Argentina, Bolivia, Chile, Colombia, Ecuador, Peru, and the United States, Bolivia being the first world producer, followed by Peru and the United States. It does call pseudocereal because it does not belong to the family of grasses in “traditional” cereals, but its use is grain due to its high starch content.

Quinoa did cultivate in the Bolivian, Peruvian, Ecuadorian, and Argentinean Andes for 5000 years. Like the potato, it was one of the main foods of the pre-Inca and Inca Andean peoples.

JUANE. All the flavors of the jungle in a single dish

The juane is the modern version of an old habit: the Amazonian people carry their food wrapped in leaves when they enter the jungle. But it was the custom to go out to the countryside during the day of San Juan, whose primary date is June 24, which created the link of this dish with the party. Hence his name.

Time was in charge of molding it into what we know today. They believed they were only pieces of cassava with meat from the mountain animals but introduced the rice and ingredients. One of them is indispensable today: the olives. And that these do not produce in the Amazon.

The crispy and nutritious Fried Trout

All nutritionists recommend eating fish at least once a week. Today I share a straightforward recipe using trout. Those who like sports fishing know how widespread this animal’s fishery is. Despite having its body full of thorns, it is very required since its meat is delicious, and one of the tastiest freshwater fish is, Without a doubt, the trout, fish that abounds in rivers and lagoons of Peru. Now in its most straightforward and traditional, fried preparation.

The department of Arequipa has an extensive territory that involves a high Andean zone where the district of Caylloma does locate between 4400 to 5000m.s.n.m. One of its typical dishes is Fried trout, accompanied by boiled chuño or potato.

The textures and scents of these sweets prove that they are perpetual delicacies. Like sigh to the Lima, many of its names mix the poetry with the flavor.
The old confectioneries continue to prepare them despite the new touches of modernity.

The palate of Lima can attest to the fact that the best traditional desserts do enjoy in the capital.

Our bakery stands out for the variety of dishes offered and the particularity of traditional recipes.

The pisco sour is a cocktail prepared with pisco and lemon juice with various additions. The drink’s antecedent implies its location in the Viceroyalty of Peru. What mixed the pisco with lemon around the 18th century near the Plaza de Toros de Acho, then created the Pisco Punch mixing pisco, lemon, and pineapple in the bar Bank Exchange in San Francisco.

The first mentions of Pisco sour appeared in 1924 in a note promoting the Morris Bar of Lima, capital of Peru; another in 1934 in the novel La chica del Crillon by the Chilean writer Joaquín Edwards Bello.

It is a tradition already in our homes to remember a custom of the Andean principle. It begins on November 1, when candles and an endless supply of food (fruits, cane, soda, pea pepper) take place to remind people who have already gone beyond. Also, in the prepared rituals, some people visit the table set to “pray” for souls.

In the final stretch of October, people prepare beautiful products with flour; they go to the furnaces of the bakers to convert those masses into bread, biscuits, empanadas, and tantawawas. For the ladies who are good In the culinary arts and manipulating the flour, you can even beautify the pastries, such as butter cookies and milk with yeast, delicious cheese empanadas, delicious bizcochuelos, and infaltables maicillos (spiced with cornstarch).

THE BREAD WITH CHICHARRÓN

Chicharrón is a food that some countries obtain after melting the pig’s fat, and others use the pig’s fat for cooking the meat. This way, greaves can be obtained from other animals, such as cows or lambs, although they are considered lower quality. The word chicharrón has spread from Spanish cuisine throughout all the Spanish-speaking countries to give meaning to the different ways to spice or cook it red hot.

FROM THE JUNGLE, ITS AROMAS, AND THEIR FLAVORS

A man dressed in white unwraps some banana leaves. Although the vapor hides his face, he enjoys the cloud as if it were perfume, the fog fades in seconds, and Pedro Arias tells me, “this is the patarashca, come and try it.” The chef is the executive chef of the Hotel Río Shilcayo in Tarapoto.

The leaves shelter a fillet of white fish sprinkled with onion, pepper, and some aromatic herbs: “You smell? It is the sachaculantro; the plate is different and more fragrant than the coriander of the coast. It comes from here like the fish maiden, with a pulp you’ve never tasted. ” The dish was steamed, which keeps each species’ taste intact.

Puca is a Quechua word that means red, and spicy is Uchu. It is precisely the chili that gives color to this cuisine typical of the mountains of Ayacucho. This region has rich and varied gastronomy, thanks to the hills and jungle’s high climate, hence the variety of ingredients used in Ayacucho cuisine.

Our villages always portray their culinary customs from their history. In Ayacucho, a race of strong men, almost ferocious at the fight, required a diet according to his warrior spirit, a seal of immemorial times. Their wives found the formula to keep them strong enough to help them win their battles.

THE TURRON OF DOÑA PEPA

Doña Pepa’s nougat is a traditional Peruvian sweet, related to the feast of the Lord of Miracles, made up of three or more sticks of flour distributed similarly to the game Jenga, bathed with chancaca honey and decorated with dragees and confections of various shapes and colors.

Rest the arugula four times in boiled water (sprinkled with vinegar, sugar, and salt) to appease the itching. Arequipa is a land that presents itself as the protagonist of its varied gastronomy.

Also, add a finely chopped beef loin stuffing with a good miso seasoning. This species, capsicum pubescens, finish cooking in the oven crowned with thin slices of cheese and is served with a good portion of cake of potatoes.

The potato a la huancaína is a dish typical of the Creole cuisine of Peru. The earliest written references date from the late nineteenth century when “yellow potatoes a la huancaina” was served as one of the entrances at the banquet offered to Miguel Grau Seminary, then Capitan de Navío, at the National Club on June 21, 1879. The plate has also obtained collected in the recipes “Copy of meals for the use of the Miss Isabel Gertrudis Alfaro” (1897) and “The practical kitchen” by Boix Ferrer (1928).
The dish consists of a sauce made by grinding

THE DORADITO AND JUICY CHICKEN TO BRASA

Whoever says he has not sinned gluttony with the unsurpassed taste of a doradito and juicy grilled chicken does not know what is lost.

Its taste is opposed to using the fork and the knife because its only smell sends us the most spontaneous pleasure. THE DORADITO had accompanied us for more than 60 years when ingenious Roger Schuler and Franz Ulrich founded La Granja Azul. We recommend you try a sour pisco appetizer and, for dessert, picarones. You will not regret it. La Caravana serves the traditional grilled chicken with mashed potatoes, peach, pineapple, guindón, and maraschinos with the emblematic establishment.

THE CHICHA DE JORA. NECTAR OF THE GODS

The Chicha de Jora is a drink originating in Peru and spread in most territories except the jungle. According to the region, it presents different varieties, but its preparation is composed mainly of “corn.” It does elaborate that the Inca Empire’s time was a sacred drink used in ceremonial acts like the Inti Raymi.

According to the tradition, its origin goes back to the Incas, where it received the name of Aqha during the mandate of Túpac Yupanqui rains.

MADE IN PERU bread AND BIZCOCHUELS

Oropesa in Cusco and Concepción in the Mantaro Valley is disputing the Peruvian capital of bread. The competition between the famous Cusco kick and the Junín anise bread is so even that neither Andrés Ugaz (note researcher) can say who wins in taste: both are exquisite. Because this is Peruvian artisan bread: it is eaten only thanks to mysterious ingredients that intervene in cooking. It is not the same as eating bread baked in an intelligent machine cooked with eucalyptus leaves and fine wood.

Of extraordinary and democratic nobility in its more than a thousand varieties, it is displayed in delicate gnocchi, in a precise cause, with the huancaína sauce, complementing the salty spine or appears generous with the humble chanfainita.

This millennial product is one of the main ingredients of Peruvian gastronomy, which reaffirms our identity as a country every day and multiplies its benefits, from the countryside to the most demanding tables in the world.

THE BEST COFFEE IN THE WORLD IS PERUVIAN

The afternoon the Peruvian coffee was recognized as the best in the world in California (the United States), Wilson Sucaticona worked its three hectares in the town of Tunkimayo, in the Sandia province in Puno. On Sunday, thousands of miles away, I did not know that his coffee was writing a new success story for Peru.

It took several hours for the news already written in the world’s newspapers to reach the ears of this young Aymara of 35 years through the only FM radio that has the municipality of your locality.

Anticucho comes from the Quechua name Anti-uchu. Anti is the region’s name included on the eastern slope of the Andes, and uchu means “potaje,” among other meanings.

The language of the people united the two words into one. THE ANTICUCHO is how it has endured, both the name of Anticucho and its auroral preparation, independent of the Muslim kebabs and skewers European and Asian.

The smoke that fires the anticucho, cooking in a brazier.

The picarones are a Peruvian dessert in rings made with wheat flour dough mixed with pumpkin and sometimes sweet potato bathed in chancaca. They are a traditional dish of Peruvian gastronomy that, unlike other desserts, does not accompany lunch but is consumed as a snack in the afternoon.

This dish has its origins in the times of the Viceroyalty of Peru. Possibly an adaptation of the Spanish donuts

The purple mazamorra is a dessert typical of the gastronomy of Peru, elaborated with purple maize concentrated with starch. This dessert is prepared mainly in October when the month of the Lord of Miracles does commemorate.

The consumption of purple mazamorra is rampant. There are points of sale in the street that sell portions of this and other traditional desserts of Peruvian gastronomy—rice with milk, rice Zambito, pumpkin mazamorra, and shampoos.

Lomo Saltado is an old dish typical of Peruvian gastronomy that comes from the beginning of the influence of the Chinese-Cantonese. The mid-nineteenth century contained the seasoning and the mixture of Peruvian Creole cuisine with that of Oriental. At first, it was called Loin Scramble or Loin with Everything. They added French fries and became a symbol of the national cuisine at some point. The oriental influence does demonstrate by the cooking technique in the frying pan, now known as “sautéed.” Various variants are introduced in this dish because, depending on the taste, they have replaced some ingredients, such as skipped chicken, skipped shells, and shrimp.