Pachamanca (pah-cha-MAHN-cah) is a Peruvian dish initially created by the Inca to honor the earth. It does often eat on special occasions. To make Pachamanca, cooks dig a hole and fill it with wood and volcanic stones. A fire does light. It does use to heat rocks. Different foods are placed in layers when the stones are burning on the spot. 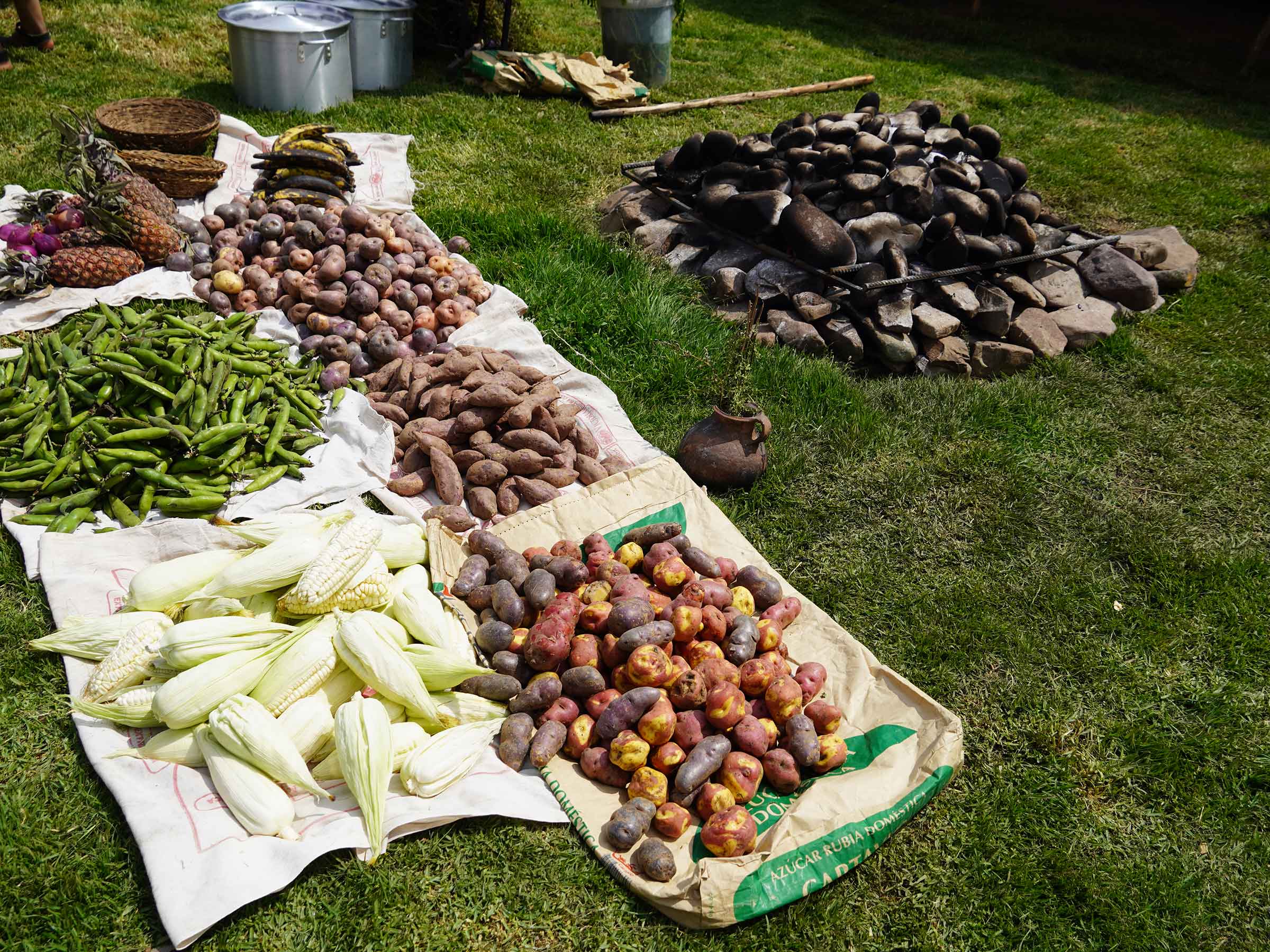 Service to organize after completing the Maras Moray circuit, Cusco excursion “half-day tours,” or on a day off from your vacation. It is excellent to observe the burial of food with hot stones and, after two hours, to dig the earth with rocks to start our feeding.

The Pachamanca, an exquisite Peruvian dish, was declared the Cultural Patrimony of the Nation in 2003. In addition, every first Sunday of February, the National Day of the Pachamanca does celebrate.

The term “Pachamanca” comes from the Quechua words Pacha, “earth,” and Manka, “pot”; therefore, its meaning would be “earth pot.” However, it is essential to mention that in the Aymara language, the term Manca or Mankha means “food,” so an alternative meaning would be “food from the land.” 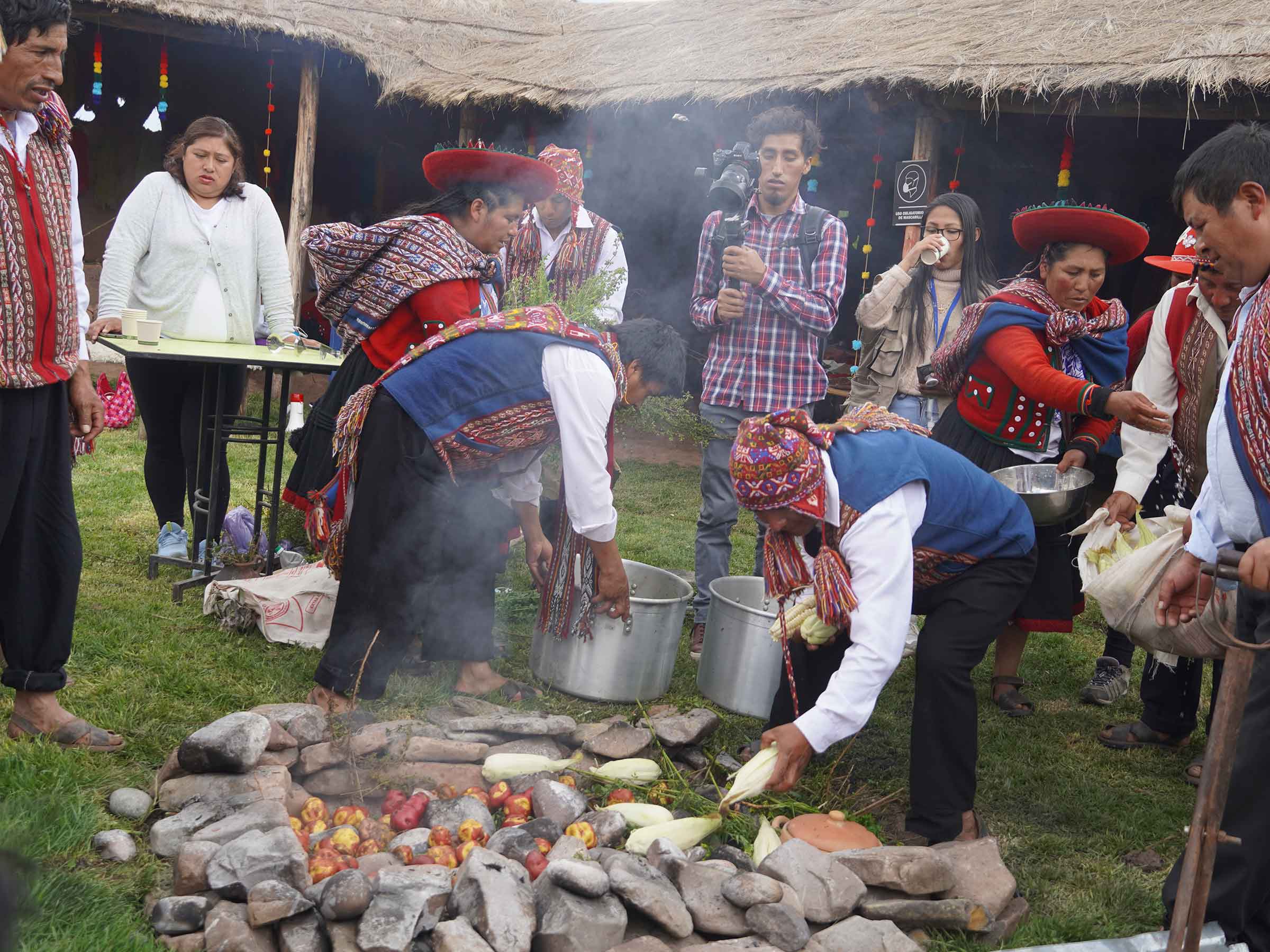 ORIGIN OF PACHAMANCA IN PERU

The Pre-Inca Pachamanca has a history of 8000 years ago in the Telarmachay rock shelter, located in San Pedro de Cajas (Junín region), where the Andeans already used this technique to cook their food using hot stones. This technique was also used massively during the Late Archaic in the Fortaleza Valley and was found in the Vichama Raymi tradition of Paramonga, five thousand years old.

In Ministerial Resolution No. 0577-2015-Minagri, issued and published on November 26, 2015, in the official newspaper El Peruano, the Ministry of Agriculture recognized Pachamanca as a dish with deep cultural significance in peasant “Andeans” of particular importance in the national Peruvian cuisine that drives the food chain of the Andes.

This commemoration seeks to promote festivals, contests, and fairs at the local and regional level to promote peasant and native economic activity by consuming native agricultural products, especially tubers, and generating financial income that collaborates to improve the quality of life of peasants with their families. 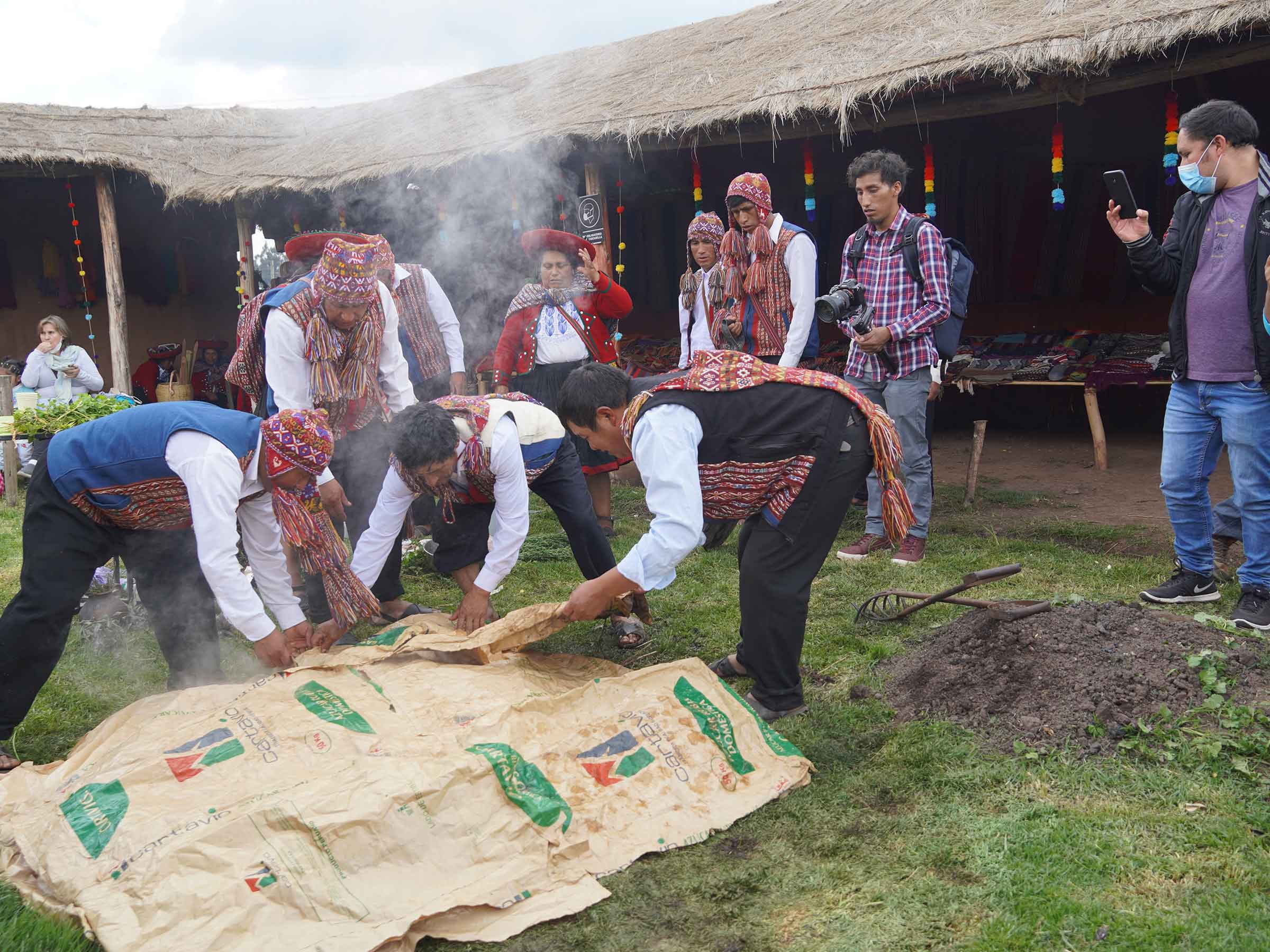 In 2003, the Ministry of Culture declared the Peruvian Pachamanca as Cultural Patrimony of the Nation, recognizing an ancient custom and faithful testimony of the creation and wisdom of the ancestors of cultures before the Incas, in the time of the Incas, republicans, and current. TRY your Pachamanca in Chinchero, Cusco around Lake Piuray. 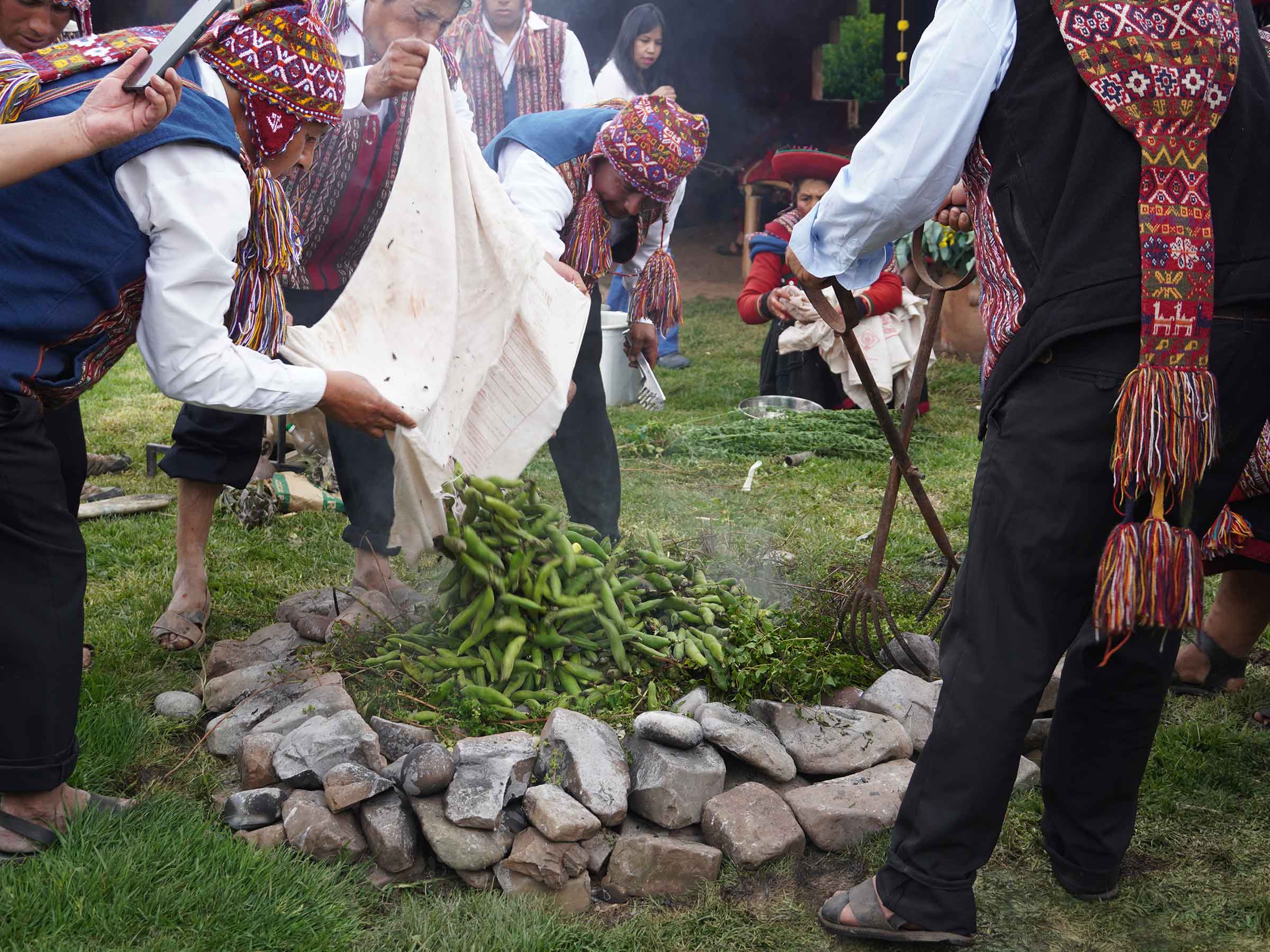 The ancient stew Pachamanca is the result of cooking, in the heat of preheated stones, beef, pork, chicken and guinea pig, etc., previously seasoned with aromatic vegetables such as Huacatay Chili, as well as cumin, pepper, and other spices. Andean crops such as potatoes, sweet potatoes, corn, broad beans in pods, and humitas do also cooked as accompaniments. Once cooked, they do generously serve together because Pachamanca is a stew to share with the family.