The main Inca temple for the worship of prominent deities and a supreme example of Inca stonework underlying colonial buildings can be found just a short walk from the Plaza de Armas, through the Inca walls of Callejon Loreto, then along with the busy Pampa del Castillo. 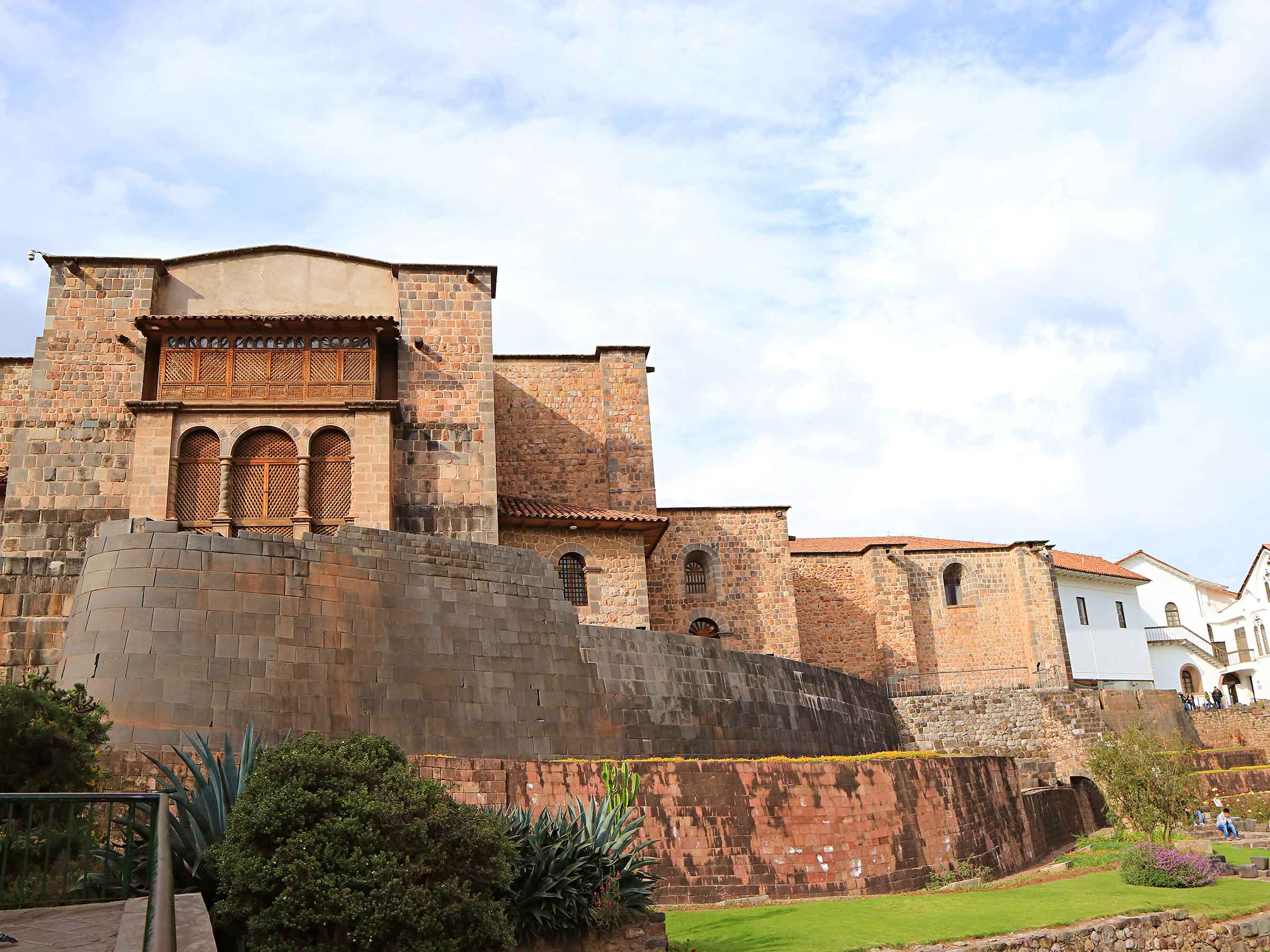 You can’t miss Qoricancha, with the Convent de Santo Domingo rising imposingly from its impressive walls.

The Conquistadors made lower to make way for their uninspiring seventeenth-century Baroque church – a poor contrast to the still-imposing Inca masonry of the foundations and chambers of the Sun Temple. 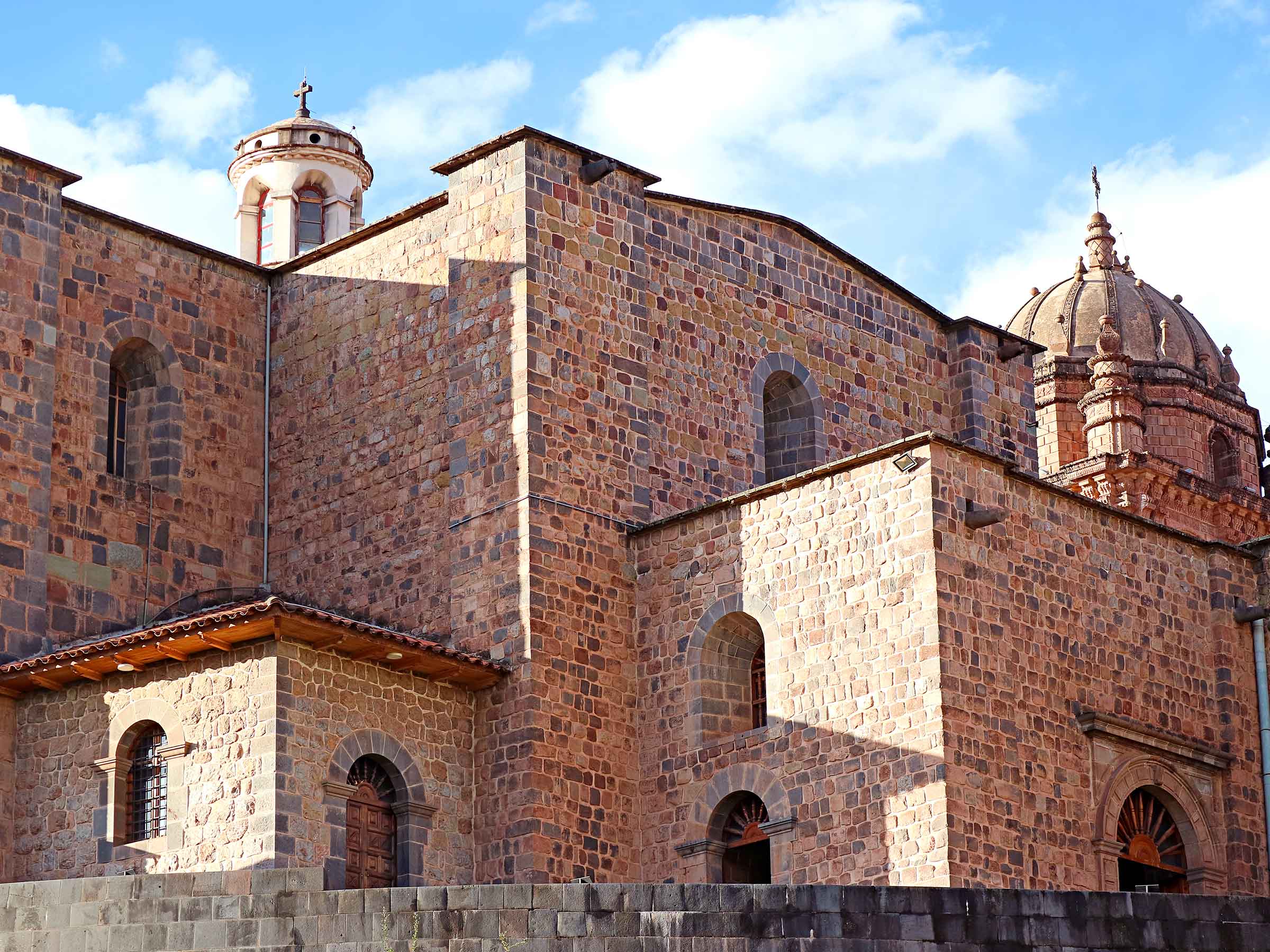 A brief history of Qoricancha

Before the Incas, the Huari culture had already dedicated the site to their sun temple, known as Inticancha (inti means “sun” and Cancha means “enclosure”). Before the conquistadors laid their gold-hungry eyes on it, Qoricancha must have been even more impressive.

It consisted of four small shrines and a more prominent temple around a central courtyard. This complex was surrounded on the interior walls by a gold cornice, hence the temple’s name (Qoricancha means “golden enclosure”). 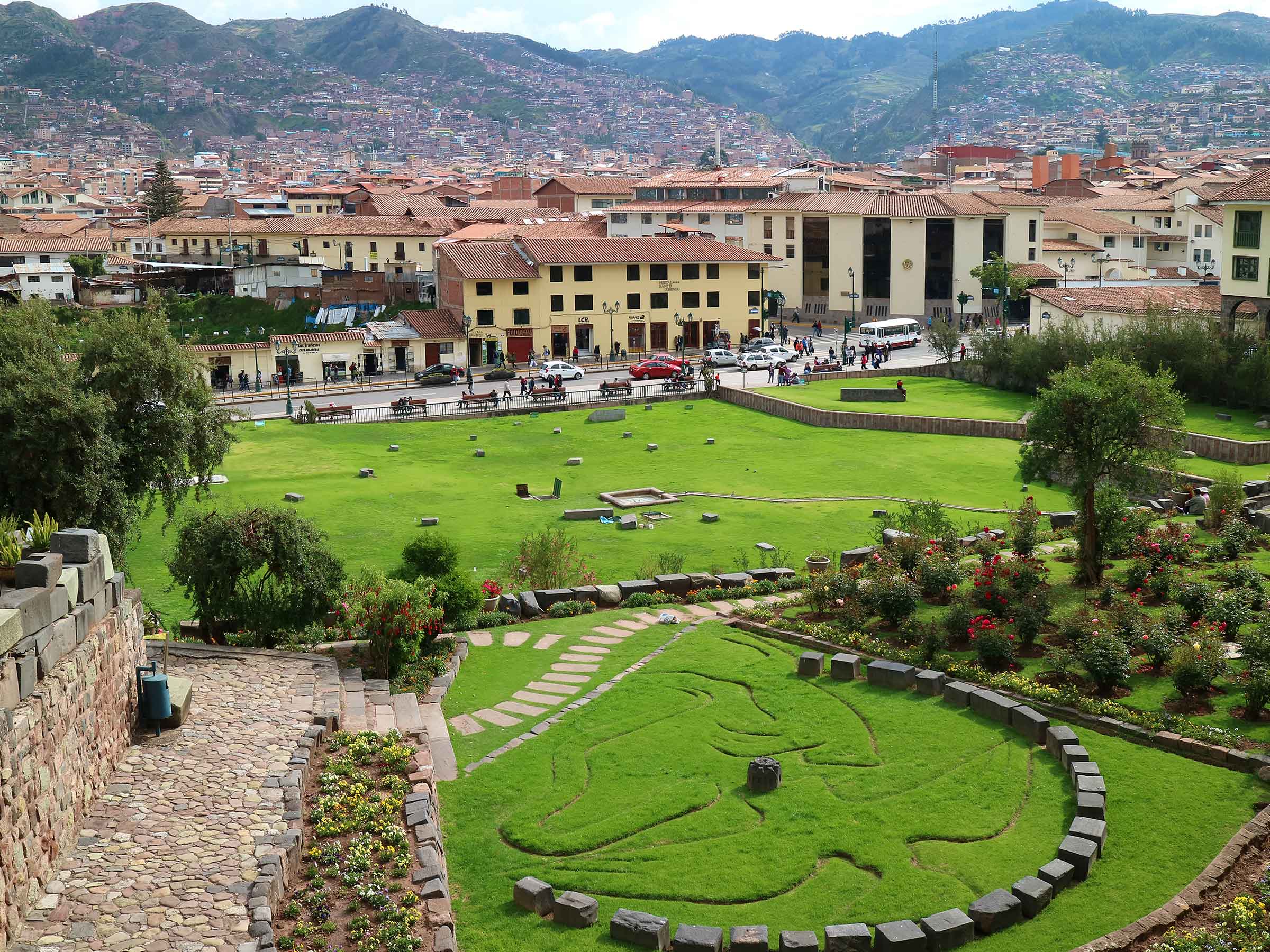 What carefully planned Qoricnahca’s position in the Cusco Valley? Dozens of Ceques (power lines, similar to ley lines, although in Cusco, they seem to have been related to imperial genealogy) radiate from the temple to more than 350 sacred Huacas, unique stones, springs, tombs, and ancient quarries.

Also, during each summer solstice, the sun’s rays shine directly into a niche, the tabernacle, where only the Inca emperor (often called the Inca) was allowed to sit. The mummies of the dead Inca rulers sat in eye-level niches along the royal temple walls. 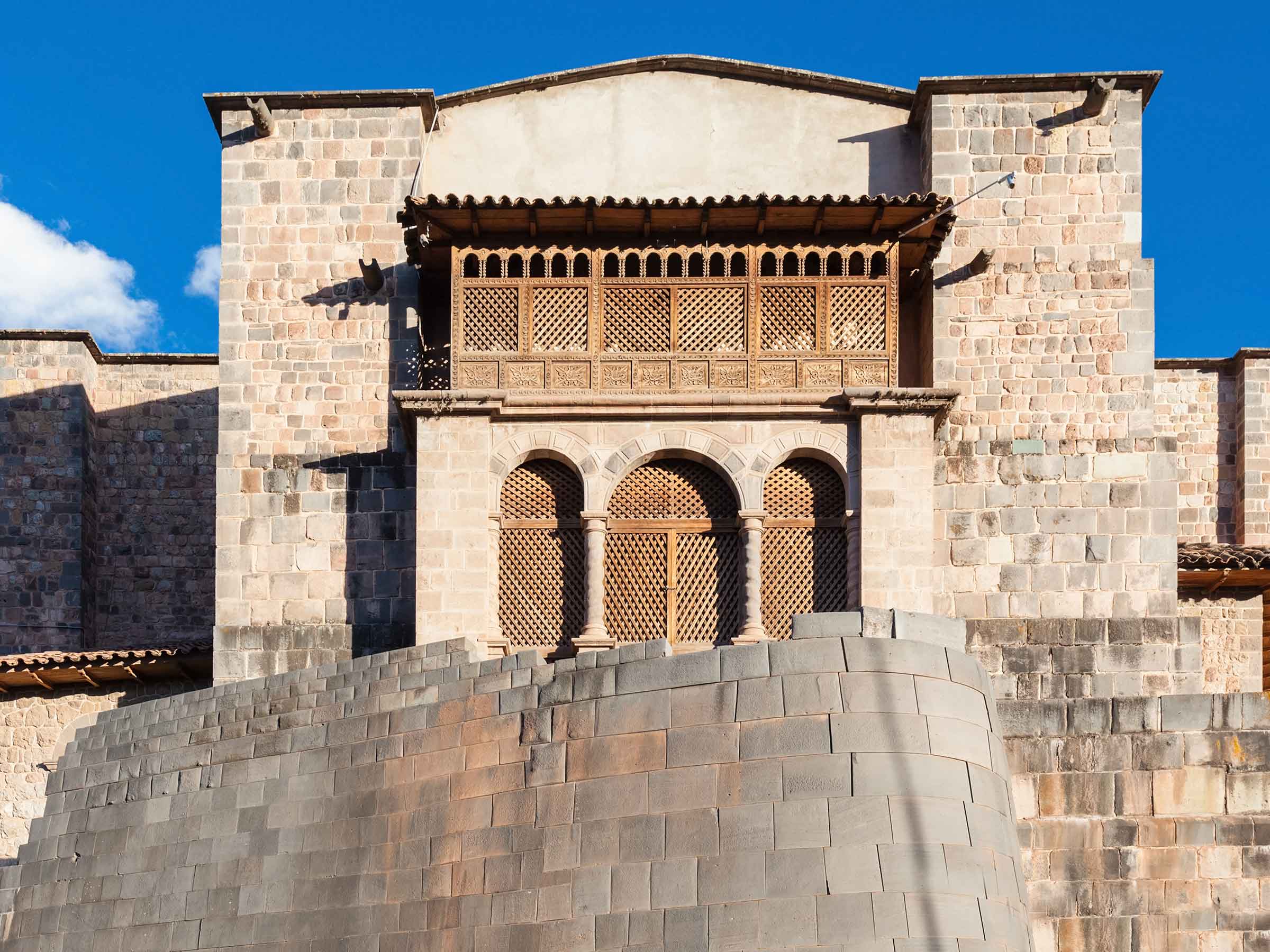 The main idols of each conquered province were “hostages” here, and each emperor married their wife in the temple before assuming the throne. The niches no longer exist, although some remain in the nearby temple of the Moon walls, where the mummies of the emperor’s concubines did keep in the fetal position.

Still visible today is a large, slightly trapezoidal niche on the inside of the curved section of the retaining wall, near the chamber identified as the sun temple, where a giant golden disc in the shape of the sun, Punchau, once stood, which the Incas worshiped. 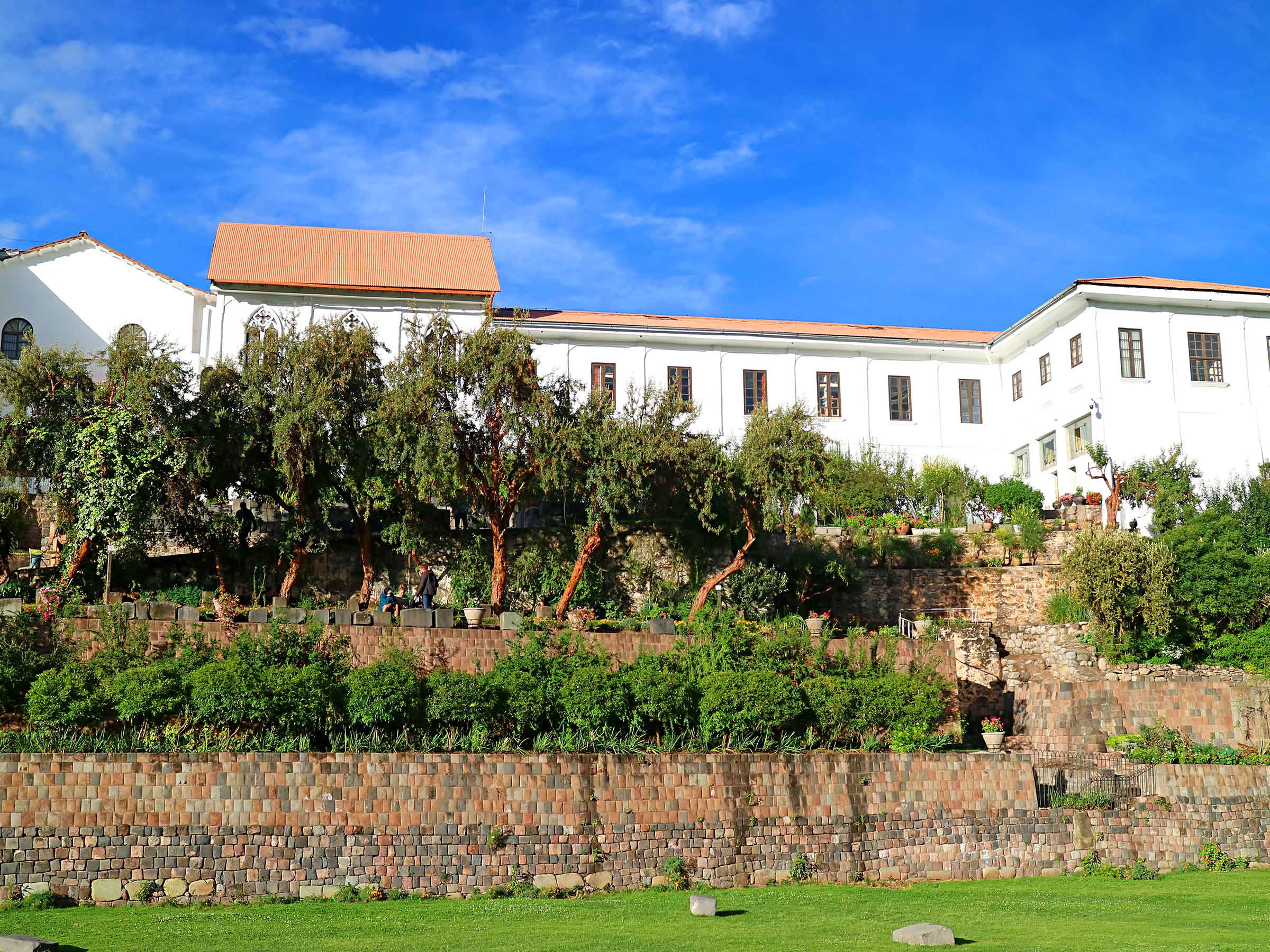 Punchau had two companions in the temple: a golden image of the creator god Viracocha on the right; and another representing Illapa, the God of thunder, on the left.

Beneath the temple was an artificial garden where everything was gold or silver and encrusted with precious jewels, from representations of llamas and shepherds to minor details of clods of earth and weeds, including snails and butterflies. Not surprisingly, none of this survived the arrival of the Spanish. 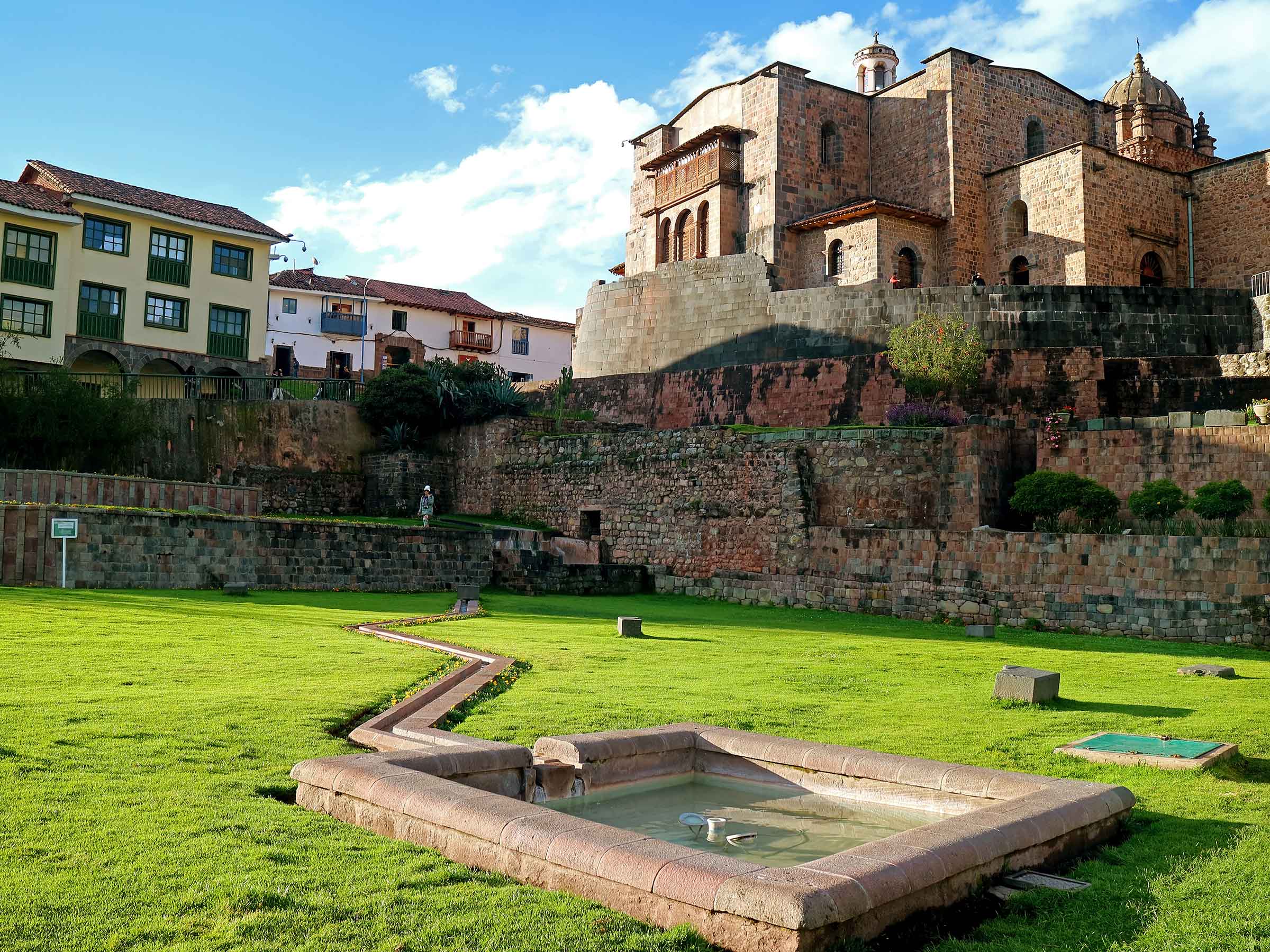